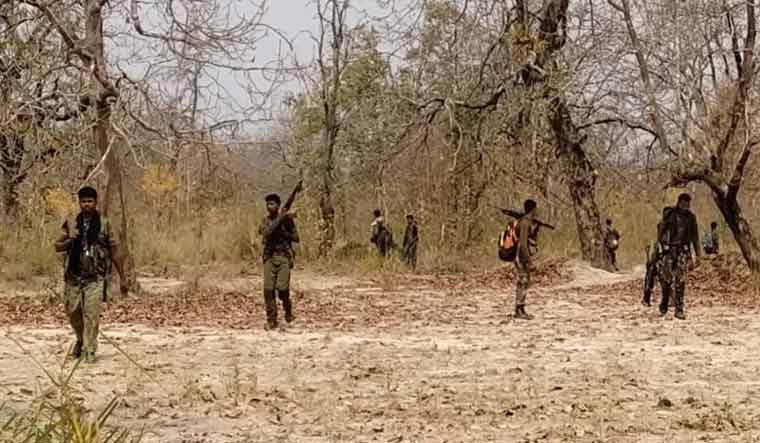 A naxal carrying reward of Rs 1 lakh was gunned down in an encounter in the Jangampal area of Dantewada district in Maoist-infested Bastar region on Sunday. The encounter between Maoists and district reserve guard (DRG) of Chhattisgarh police comes exactly a week after an ambush by Maoists killed 22 security personnel in Bijapur district of the region. Four Maoists were also killed in the encounter.

Superintendent of police of Dantewada, Abhishek Pallava, confirmed to THE WEEK that the Maoist named Vatti Hunga had been killed in the encounter. Sources added that Hunga was on a high position in the Katekalyan area committee of the Communist Party of India (Maoist) and police had recovered his body after the encounter.

According to sources, Dantewada police had on Sunday received intelligence inputs of Maoist movement in the Katekalyan forests following which DRG jawans had been sent into the forests for combing operations. On information that the Maoists belonging to the Katekalyan area committee were present in Gadam and Jangampal areas, the jawans proceeded there. Maoists reportedly started firing at the police when they reached the interiors of Gadam area and the DRG battalion retaliated with force and in process gunned down Vatti Hunga, said to be a hardcore Maoist.

The encounter continued for quite sometime with the police reportedly chasing the naxals into the interiors. Apart from the body of Hunga, the police also recovered Maoist literature, daily necessity things, arms including pistol and country-made revolvers and Improvised Explosive Devices (IEDs). No injuries were reported to the police personnel, sources said.

Meanwhile in Bijapur, where the major ambush by Naxals came on April 3, vehicles were torched by the Maoists late on Saturday night. According to information, the Maoists torched two concrete mixer machines, two poclain machines and a tractor involved in the construction of a water filter plant in Mingachhal river under Nemed police station area.