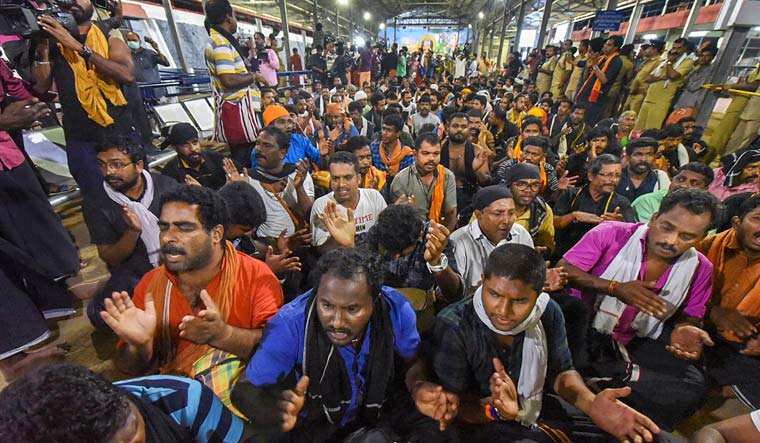 Ahead of the upcoming   state Assembly polls, the Kerala government on Wednesday decided to withdraw cases registered during Sabarimala and the anti-CAA protests in the state,a move which was welcomed by the opposition Congress.

In a cabinet meeting, chaired by Chief Minister Pinarayi Vijayan, it wasdecided to withdraw "cases that were not of a serious criminal nature",state government sources told PTI.

Around 2,000 cases related to Sabarimala agitation were registered across various districts in the state during 2018- 19.

The Nair Service Society (NSS), a prominent caste-based organisation in the state, which was in the forefront of the 'namajapa yathra' as part of Sabarimala agitation had earlier demanded withdrawal of cases against the protesters.

Leader of Opposition and Senior Congress leader Ramesh Chennithala said the move was a "wisdom that dawned late".