Been BJP supporter from beginning, open to being Kerala CM: E. Sreedharan 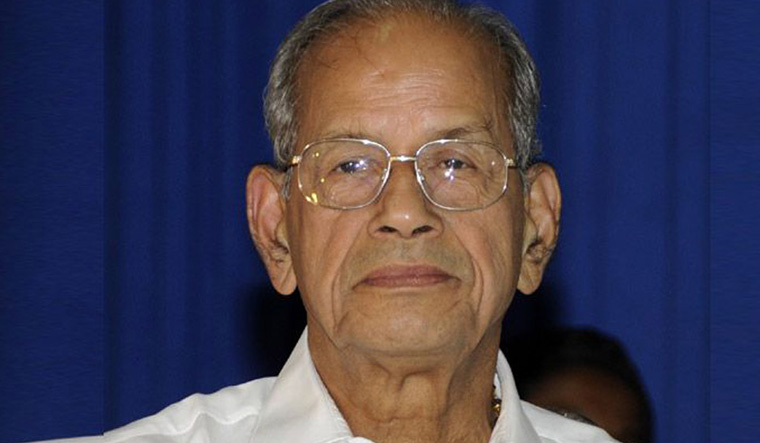 The media frenzy triggered by the news that 'Metro Man' E. Sreedharan is joining the BJP is continuing.

In an interview with The Times of India, published on Friday, Sreedharan said he had been a BJP supporter "from the beginning and had an affinity to its ideals ever since his childhood". Sreedharan claimed he believed his joining the BJP "will turn beneficial for the party in the state as he had a good image especially with regard to honesty and large number of people will come to support him". Sreedharan told The Times of India, "I think there will be a landslide migration to the BJP in the state."

Sreedharan told The Times of India that both the Congress-led UDF and CPI(M)-led LDF prioritised their political interests over Kerala's development and were constantly fighting against the Centre. "For the development of the state, we should go together with the Centre and now only BJP can do that," Sreedharan told The Times of India. Sreedharan alleged, "... I had to withdraw from many projects like the Nilambur-Nanjangud rail line, the Light Metro project, and the High-Speed Rail project because the state government did not have any interest in them."

The BJP is, reportedly, mulling whether Sreedharan should contest the coming Kerala polls and which constituency to give him. Sreedharan told PTI he was entering the political fray with the aim to bring the BJP to power in Kerala and work for the state's benefit. Sreedharan emphasised he was not interested in governorship, as he won't be able to contribute to the state in such a 'constitutional' position with no powers at all.

Sreedharan told PTI "If BJP wins Kerala Assembly polls, focus will be to bring state out of debt trap and develop infrastructure." Sreedharan said that a finance commission could also be formed for the purpose of improving the finances of the state, which is in a "debt trap today". "The state is in a debt trap today, so much of borrowings. And debt burden on each Malayalee is Rs 1.2 lakh today... That means we are heading for bankruptcy and the government still continues to borrow. The state finances need to be propped up and for that, we need to find a solution," he said.

Sreedharan has frequently praised the work of Prime Minister Narendra Modi ever since the latter's tenure as Gujarat chief minister.

On Thursday, Sreedharan told The News Minute Modi was among the best prime ministers India has had. In an interview with The New Indian Express, Sreedharan said Modi was "one of the best country heads the world has ever seen". Sreedharan told The New Indian Express, "What was needed was to deliver on the promises made and develop the country as a whole. He [Modi] has done both of them amazingly. The major highlight of the development under Modi is that it has taken place without the evil of corruption accompanying it."