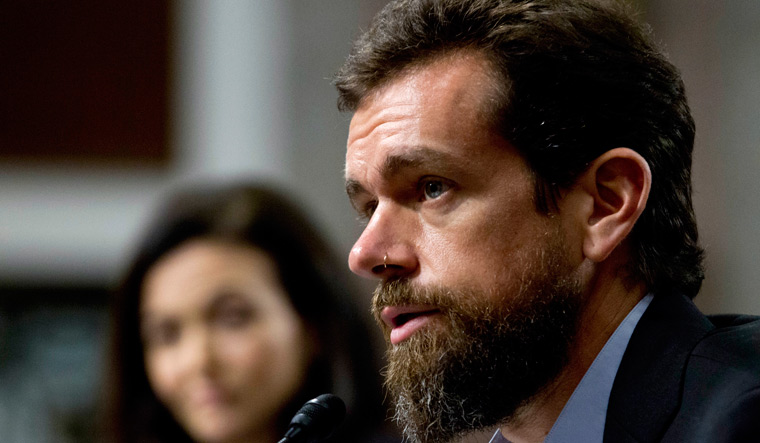 In a communique released late on Wednesday evening, the Ministry of Electronics and Information Technology (MeitY) called on Twitter to respect the Indian laws and democratic institutions. "Twitter is free to formulate its own rules and guidelines, like any other business entity does, but Indian laws which are enacted by the Parliament of India must be followed irrespective of Twitter’s own rules and guidelines," the statement read. This comes on the back of a virtual interaction held by the Indian government with Monique Meche, vice president of global public policy, and Jim Baker, deputy general counsel and vice president legal.

Twitter and the Centre have been on a path of escalating feud, especially after the events of Republic Day farmers' protest violence—with the latter blaming the social media organisation of not doing enough to prevent inflammatory content on its website.

What led to the fracas?

In a strongly-worded notice to Twitter, MeitY last week said it had on January 31 asked the micro-blogging site to block 257 URLs (web addresses) and one hashtag under the relevant provision of the law as they were "spreading misinformation about [farmer] protests and has the potential to lead to imminent violence affecting public order situation in the country."

Twitter chose to sit over the request for one full day before blocking them, only to unblock them a few hours later. This was not taken kindly by the government and a fresh order/notice has been issued to Twitter for compliance, failing which penal action under sections that provide for fine and jail up to 7 years can be initiated.

According to Twitter, it held meetings with government officials and conveyed that the accounts and posts in question constitute free speech and are newsworthy. The company then "unwithheld" the accounts to protect public conversation. The other accounts that were initially withheld included those of CPI(M) politician Mohd Salim, farm organisation BKU Ekta Ugrahan and Tractor2Twitter.

Twitter said it has suspended over 500 accounts, and blocked access to several others within India as it partly acceded to a government order to curb spread of misinformation and inflammatory content around farmers' protests. In a blogpost before the meeting with the IT ministry, Twitter wrote: "Over the course of the last 10 days, Twitter has been served with several separate blocking orders by the Ministry of Electronics and Information Technology (MeitY), Government of India, under Section 69A of the Information Technology Act. Out of these, two were emergency blocking orders that we temporarily complied with but subsequently restored access to the content in a manner that we believe was consistent with Indian law. After we communicated this to MeitY, we were served with a non-compliance notice".

Twitter wrote that it has not blocked accounts consisting of "news media entities, journalists, activists and politicians" as doing so "would violate their fundamental right to free expression" guaranteed under the country's law. Seeking to clarify its stance, Twitter said it had taken steps to reduce the visibility of the hashtags containing harmful content that included prohibiting them from trending on Twitter and appearing as recommended Search terms. It has "withheld a portion of the accounts identified in the blocking orders" within India, making them accessible only outside the country.

The blogpost by Twitter had the microblogging platform emphasising that it will continue to advocate for the right of free expression of its users and that it is "actively exploring options under Indian law—both for Twitter and for the accounts that have been impacted".

IT Secretary Ajay Sawhney told the Twitter representatives that India valued freedom and criticism because it is a part of democracy. "India has a robust mechanism for protection of freedom of speech and expression that is very elaborately explained as Fundamental Rights under Article 19 (1) of the Constitution of India. But freedom of expression is not absolute and it is subject to reasonable restrictions as mentioned in Article 19 (2) of the Constitution of India. Various judgments of the Supreme Court have also upheld this from time to time," he said in the meeting.

The secretary took up the issue of using a hashtag on ‘farmer genocide’ with Twitter executives and expressed strong displeasure on the way Twitter acted after an emergency order was issued to remove this hashtag and content related to that. "Spreading misinformation using an incendiary and baseless hashtag referring to ‘farmer genocide’ at a time when such irresponsible content can provoke and inflame the situation is  neither journalistic freedom nor freedom of expression as envisaged under Article 19 of the Constitution of India. Despite the attention of Twitter being drawn to such content by the government through a lawful process, the platform allowed the content with this hashtag to continue, which was extremely unfortunate," he said.

The Centre also reminded Twitter about the action taken by Twitter during the Capitol Hill episode in the US, and compared that with the disturbance in Red Fort in India and its aftermath. He expressed dissatisfaction over Twitter’s differential treatment in the two incidents. A deep sense of disappointment at seeing Twitter side not with ‘freedom of expression’ but rather with those who seek to abuse such freedom and provoke disturbance to public order, was conveyed to the Twitter representative.

The government conveyed to the Twitter leadership that the manner in which Twitter officially allows fake, unverified, anonymous and automated bot accounts to be operated on its platform, raises doubts about its commitment to transparency and healthy conversation on this platform.