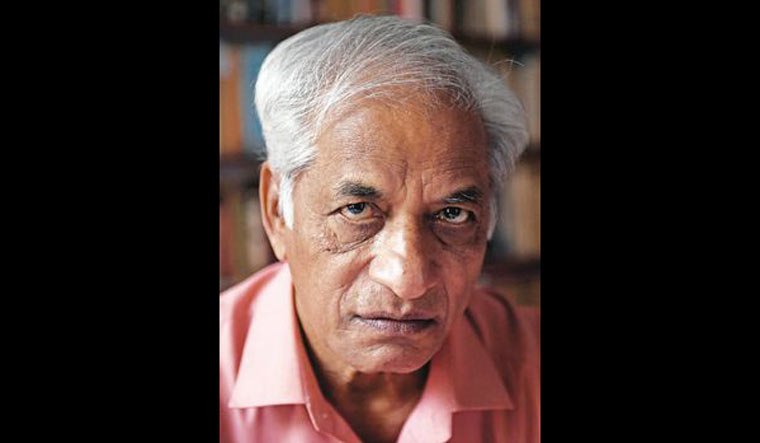 Kannada writer Professor K.S. Bhagawan became the target of an ink attack by a lawyer on Thursday when the latter was walking out of the City Civil Court complex in Bengaluru after securing bail in a case.

Meera Raghavendra, a young lawyer had filed a case against the writer over his recent remarks on Hindu religion, which was allegedly derogatory in nature.

"Two months back, he had given a statement in a press meet in Mysore where he claimed there was nothing like Hindu religion. He asked people not to use the word Hindu. This has hurt all the Hindus," Meera said.

ALSO READ: Why they want to kill me

"I filed a case in the magistrate court under sections 298 and 505 of the Indian Penal Code and also submitted the recordings as evidence. The court had issued summons to Bhagawan to appear today.  I confronted him after he secured bail in the case," said Meera, adding that it was not the first time Bhagawan had made derogatory remarks against Hindus and Hindu gods and beliefs.

"Each time,  he would go scot-free. But this time, I decided to drag him to court and was satisfied to see him in court today.  I will legally fight him and appeal before the Supreme Court too if need be," she said.

Justifying her act of blackening Bhagawan's face, Meera said she did not smear the ink inside the court. "As a lawyer, I respect the judiciary. Besides the law, as a woman born as a Hindu, I wanted to teach him a lesson. This is also a message to people who take undue liberties to criticise Hindus and Hindu religion. People like Bhagawan wouldn't dare insult or degrade Islam or Christianity. Whenever Bhagwan speaks ill of Hinduism, nobody takes him to task.  If someone files an FIR,  his lawyer will secure a bail. I am a Hindu woman first and a lawyer next. I am ready to face the consequences of my actions, " said Meera.