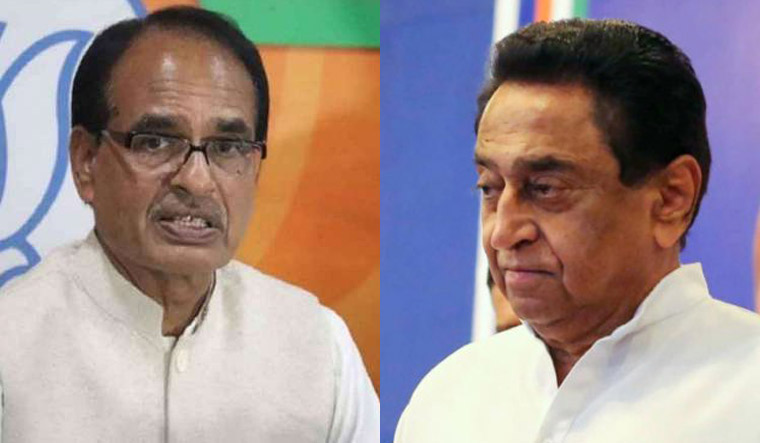 With the Madhya Pradesh State Election Commission hinting that the long due civic body polls will be conducted around March/April this year, the BJP and the Congress have gone into active mode.

The State Chief Election Commissioner B.P. Singh has sad that the work of finalization of electoral rolls will be completed by March 3 and the election dates will be announced in due course after that. It is therefore being surmised that the polls might be held by March end or April.

Poll related works were to be distributed to the poll committee members and the district presidents during the meeting, apart from discussing the strategy for the upcoming polls.

The first meeting of the newly constituted BJP state executive committee is scheduled on January 30 and 31 in Indore and the civic polls preparations are likely to be discussed in details during this meeting too. Apart from Chouhan, Sharma and Bhagat, the BJP state in-charge P. Murlidhar Rao will also attend this meeting.

The state BJP is also said to have already chalked out tour plans for CM Chouhan and Sharma in view of the elections. Chouhan has decided to hoist national flag at Rewa district this year rather than Bhopal, in a move that is being looked upon as an attempt to placate the Vindhya region leaders who are upset about being ignored for ministerial posts.

Chouhan also announced intention to constitute a ‘Sawarna Aayog’ for economically backward people of general category. The general category employees were up in arms before the 2018 Assembly polls protesting the reservation in promotion for backward category employees. A body of these employees had also contested elections across state and said to have damaged the prospects of BJP partially. The CM’s announcement is an attempt to woo this section, sources said.

Meanwhile, the Congress general secretary in-charge for Madhya Pradesh, Mukul Wasnik started a three-day tour of the state on Thursday in view of the civic polls and with special focus on the tribal dominated areas. The Congress had gained a lot in the tribal belts in the 2018 Assembly polls, winning 31 out of the 47 seats, though in previous elections most of the tribal areas had voted in favour of the BJP. Also, none of the tribal MLAs except minister Bisahulal Singh left the Congress in the last one year.

Congress will thus like to keep this momentum going and Wasnik has personally taken charge of this task, sources said. He will be touring Mandla, Dindori, Anuppur, Umaria and Shahdol during this three day tour (January 28 to 30). He will meet the local leaders and workers before zeroing on the probable candidates.

Recently, MP Congress Committee chief Kamal Nath had held a meeting of the tribal MLAs, district presidents, former MLAs and former MPs in Bhopal, in what is being looked at as a strategy devised by the Congress. During this meeting, the party had decided to come out with a tribal document enlisting the work done by the Congress for tribals over the years and also its future plans.

The recent tractor rallies across the state and a protest in Bhopal in favour of farmers’ demands to repeal new farm laws have enthused the Congress workers and local leaders who were de-motivated by the recent bypolls loss. Also, these protest rallies have brought together senior leaders of the state unit of the party on one platform, sending positive signals to the cadre, sources said.

The State Election Commission had deferred the civic body and panchayat polls on December 26 by three months, citing the COVID-19 situation in the state.