'Until Mumbai is made part of K'taka, I urge Centre to make it an union territory' 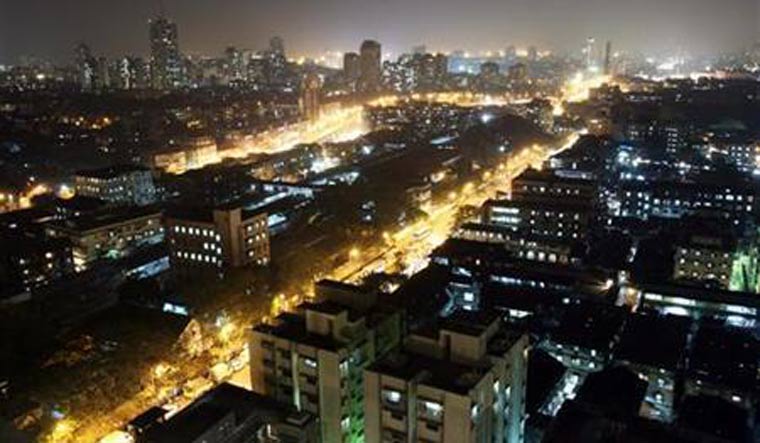 An aerial view of the central district of Mumbai | Reuters

Karnataka Deputy Chief Minister Laxman Savadi, on Wednesday, said Mumbai should be made part of the state and urged the Centre to declare it a union territory until then, as he hit back at Maharashtra Chief Minister Uddhav Thackeray for raking up the border issue with a similar demand.

"We condemn the Maharashtra CM's statement. The Mahajan report is final. We are confident that things will be in our favour in the Supreme Court too. The demand of the people of our region is that we have been part of Mumbai-Karnataka (region), so we too have our right on Mumbai," Savadi told reporters.

From now on, he said the people would start demanding that Mumbai should be made part of Karnataka as they too had a share in it.

"Until it (Mumbai) is made part of Karnataka, I urge the Central government to make it an union territory,"the DCM said in response to a question on repeated raking up of the border issue.

"With us now demanding Mumbai, things may get fine," he said.

Earlier in the day, Thackeray had said that areas dominated by Marathi speaking people on the state's border with Karnataka should be declared as a union territory till the Supreme Court gives its final verdict on the issue.

Ramesh Jarkiholi, minister in-charge of Belagavi district, which borders Maharashtra, said Thackeray had raked up the border issue to divert public attention from the 'failures' of his government.

"...Don't give much importance to what he says. Uddhav Thackeray has failed at all levels. So he is trying to rake up the emotive border issue and trying to divert public attention," he said.

Minister for Women and Child Development Shashikala Jolle, who also hails from the Belagavi district, said Thackeray has no right to speak about Belagavi. “We are not sitting quiet here with our hands tied. We are people of Karnataka...the soil of Kannada has nurtured us...if the issue is raked up repeatedly, we will give a befitting reply," she said.

The minister pointed out that Belagavi is the land where Kittur Rani Chennamma had led an armed rebellion against the British for freedom.

Thackeray had, on January 17, said his government is committed towards incorporating into the state the areas of Karnataka where Marathi-speaking people are in majority.

Maharashtra claims certain areas, including Belagavi, Karwar and Nippani which are part of Karnataka, contending the majority of population in these areas is Marathi-speaking.

On its part, as an assertion that Belagavi is an integral part of the state, Karnataka has built the Suvarna Vidhana Soudha, modeled on the Vidhana Soudha, the state secretariat in Bengaluru, where the legislature session is held once a year.