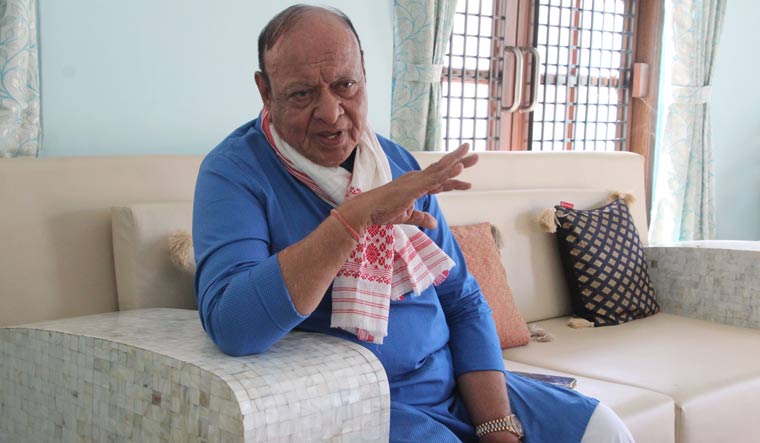 Former Gujarat Chief Minister Shankersinh Vaghela has hit out at Prime Minister Narendra Modi for his alleged role in leaking information of Balakot strike and demanded that he resigns on moral grounds on the Republic Day.

Once a close associate of Modi, Vaghela said in Gandhinagar on Friday that Arnab Goswami of Republic Television and Partho Dasgupta of BARC should be subjected to NARCO test to reveal more.

Talking about the TRP scam, he said that the Prime Minister was also to be blamed for the information about the Balakot strike, which was known to only five persons.

Alleging that the PM was responsible for the leak, Vaghela said that the Official Secrets Act, 1923 should be applied to the PM and Goswami. “It is an issue of country’s security,” Vaghela said, adding that if Modi has moral grounds, which he does not, then he should apologize and resign on January 26.

The former Union minister also labelled the incumbent government at the Centre as shameless. He was referring to the BJP that is leading the NDA.

The BJP, he alleged, is a party with violence. May that be Godhra carnage or Akshardham Temple attack. “We know what the party is,” he said, hinting how attacks were used for electoral gains.

He also accused the BJP led government of murdering constitutional bodies like the CAG, ED and CBI.

Vaghela has floated Praja Shakti Party and during peak COVID days he was very active to coordinate for those in need of hospital beds. His party has been also raising pertinent issues that affect the general public.