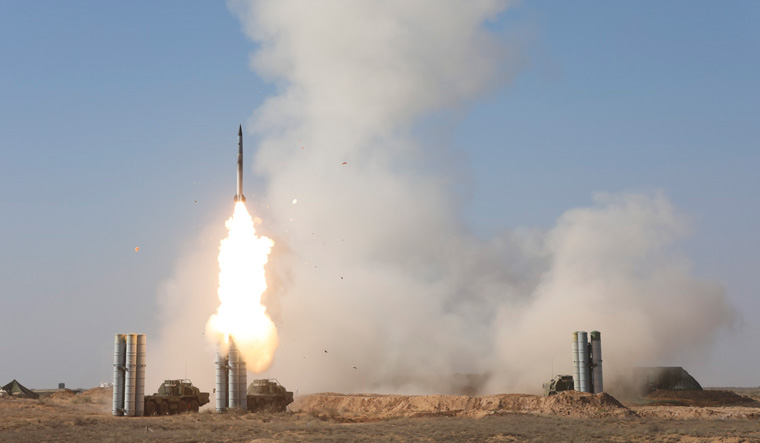 BJP MP Subramanian Swamy has been a critic of the Narendra Modi government's decision to buy the S-400 surface-to-air missile system from Russia.

In 2018, the Narendra Modi government signed a deal with Russia, valued at over $5 billion, to buy the S-400. The S-400 is an integrated system that combines radars, control equipment and multiple types of surface-to-air missiles of varying ranges to shoot down practically any aerial target—aircraft, drones, bombs, cruise missiles and ballistic missiles.

The S-400 is already in service with Russia, China and Turkey. In December 2019, Swamy had warned the presence of Chinese electronics would make the missile system "compromised" in a war with Pakistan. China was the first buyer of the S-400 missiles, receiving its first units in 2018.

The US has repeatedly warned India that proceeding with the S-400 contract would place New Delhi at risk of sanctions.

On Tuesday, Swamy warned that proceeding with the S-400 deal would be a "blunder" for the Modi government similar to British prime minister Neville Chamberlain’s appeasement of Nazi Germany.

Swamy tweeted, "Modi government blunder will be like Chamberlain’s certificate to Hitler on Poland after Britain sacrificed Czechoslovakia in 1938—if he goes ahead with S-400 purchase from China’s junior partner Russia. Read my book: Himalayan Challenge. For nation’s sake open your ears"

Swamy also tweeted, "India should have asked US to sell the equivalent or superior to S-400 of Russia. But we did not."

THAAD is considered to be more expensive than the S-400.

Swamy's opposition to the S-400 deal appears to be linked to his perception that Russia and China have grown closer.

In addition to warning about a Russia-China military alliance, Swamy has alleged India was "relaxed" about Chinese activity across the Line of Actual Control in Ladakh due to Russian assurances. In July 2020, he tweeted, "The reason Modi government was relaxed (about Chinese PLA actions) in April to May 5th is that the Russian Govt assured us that China will do nothing. 'Massing of PLA troops was for routine annual exercise'. the Russians told us. Were the Russians fooled by Chinese?"