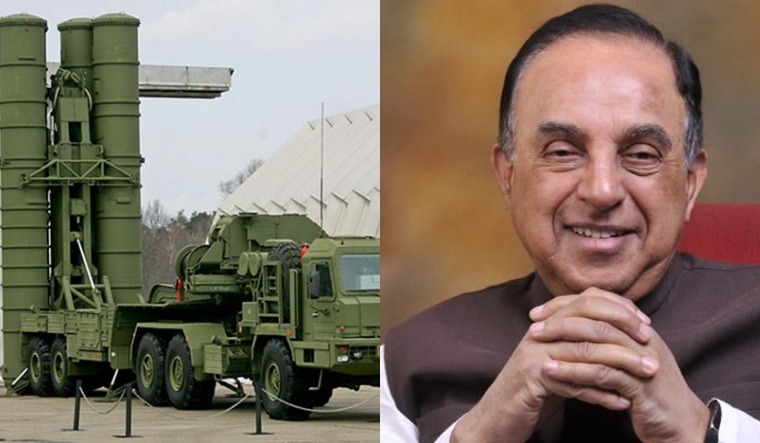 In October 2018, the Narendra Modi government signed one of the biggest weapons deals in its tenure, when it inked a contract to buy five S-400 air defence missile systems from Russia in a $5.43 billion contract.

The Namo government would be well advised not to use S400 in a possible battle with China. This is because S400 is made with Chinese electronics. Russia is today a junior partner of China

The S-400 is an integrated air defence system featuring radars, command and control equipment and four types of surface-to-air missiles. The four types of missiles used by the S-400 have ranges varying from 40km to 400km and can shoot down aircraft, drones, cruise missiles and ballistic missiles. The Indian Air Force has repeatedly referred to the S-400 as being a game-changer, along with its soon-to-arrive fleet of Rafale fighters.

In addition to its potential as a cutting-edge weapon system, the S-400 has been at the centre of international politics. In July 2019, the Donald Trump administration removed Turkey from participating in manufacturing and buying of the F-35 stealth fighter after Ankara refused to cancel a deal for the S-400. The US has also been warning India of sanctions if took delivery of the S-400. Media reports even claimed the US could offer the F-35 stealth fighter to New Delhi as an incentive to junk the S-400 missile deal with Russia.

It is this reputation for geopolitical intrigue that the S-400 carries that BJP MP Subramanian Swamy is not happy about. On Friday, Swamy tweeted a warning to the Narendra Modi government to not use the S-400 missile system in a conflict with China. Swamy wrote, "The Namo government would be well advised not to use S400 in a possible battle with China. This is because S400 is made with Chinese electronics.  Russia is today a junior partner of China". China was the first export customer for the S-400, buying the missile system in 2014 and taking delivery of the first units in 2018.

This is not the first time Swamy has warned against the S-400 missile system. In December 2019, Swamy warned the presence of Chinese electronics would make the missile system "compromised" in a war with Pakistan, in addition to the risk of US sanctions. Swamy then tweeted, "Expect a deadly US Sanctions blow early next year because of the S-400 purchase from Russia which weapon has embedded China's electronics. S-400 is a fine weapon but compromised in a war with Pakistan. On a cost-benefit-risk analysis: Bad".

It is yet unclear what Chinese electronics Swamy was referring to. In 2018, Russian news agency TASS reported that the S-400 deal with China is "without tech transfer or license production". However, Chinese companies have been supplying a range of commercial electronics for aerospace programmes across the world.

In 2012, a US senate sub-committee investigation found 1,800 cases of fake electronic parts being used in US military aircraft, with nearly 70 per cent of an estimated 1 million fake parts being traced to China. The aircraft on which such counterfeit electronic equipment was used included the C-130J transport aircraft and the P-8 maritime patrol aircraft, both of which have been sold to India by the US. In addition to posing risk of failure, such counterfeit equipment could potentially be used as means for implanting tracking and espionage systems.