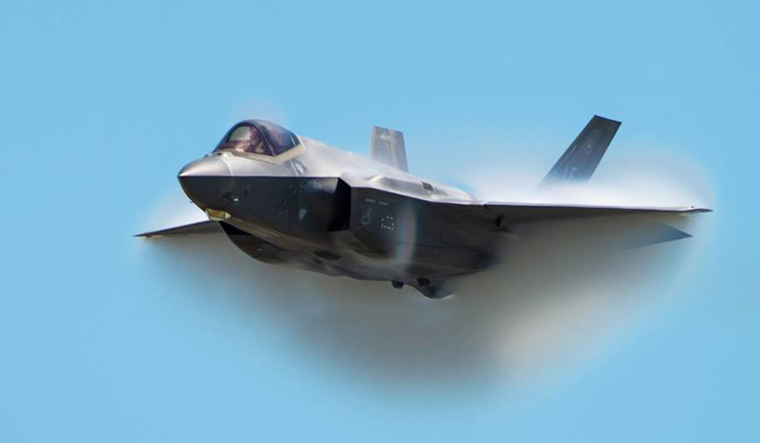 On Saturday, the Economic Times reported the Donald Trump administration could offer the Indian Air Force and Navy the F-35 stealth fighter if New Delhi dropped its order for the Russian S-400 air-defence missile system.

On Friday, the Pentagon announced that it had informed Turkey that it would cancel the country's purchase of the F-35 for the very same issue—a demand to drop the purchase of the S-400 missile system.

The developments in India and Turkey offer a fascinating glimpse of how the US is using a carrot and stick policy to try and get two allies to cancel orders of the S-400 missile system, Russia's most advanced air defence system.

The Trump administration has characterised its opposition to the S-400 deals by Turkey and India as being prompted by adherence to the Countering America’s Adversaries Through Sanctions Act (CAATSA), which seeks to prevent revenue from arms sales going to Russia.

In addition, the US government fears the purchase of the S-400 by US allies would compromise the security of US-origin weapons like fighter aircraft by providing Russia information about characteristics such as their radar cross-section and electronic emissions.

The Economic Times report on Saturday claimed “senior industry leaders and officials” are visiting India. While the report notes that no formal offer has been made to India, the F-35 is being touted as the “only air platform that will be equipped and upgraded to beat the S-400” operated by China. China was the first export user of the S-400 and has taken delivery of the missiles.

Lockheed Martin, the manufacturer of the F-35, is offering its F-21 fighter, a derivative of its older F-16, for a contract for 114 fighters from the Indian Air Force.

The F-35 is the largest and most expensive defence programme in US history. In 2012, the US government estimated the cost of its F-35 procurement over a 50-year period was approximately $1.45 trillion. The US is procuring over 2,400 F-35 jets for the US Air Force, Navy and Marine Corps. The F-35 has so far been offered to the closest US allies and the jet offers lesser flexibility for operators to carry out upgrades independent of US oversight. However, its advanced technology and secure funding has made it the default choice for most US allies as their next-generation fighter.

While India ramped up defence ties with the US in only the past 15 years, Turkey had been a close ally of Washington for decades.

Turkey joined as a partner nation in the Joint Strike Fighter project, the initiative to build the F-35, in 1999. Ankara was expected to receive up to 100 F-35 jets into the next decade at an estimated cost of $12 billion dollars. In addition, eight Turkish companies supply over 900 parts for the F-35, including components related to its airframe, wiring and landing gear.

Ellen Lord, the Under-Secretary of Defense for Acquisitions and Sustainment in the Trump Administration, said on Friday that there would be “graceful and orderly” winding down of contracts for the F-35 project involving Turkish companies by early 2020. In April this year, a US Navy official was quoted by Reuters as saying “Turkey produces between 6 percent and 7 percent of the parts for the F-35”.

Turkey signed a contract for the S-400 missile system in 2017, triggering shock among its NATO allies. Despite repeated warnings from the US, Turkish President Recep Tayyip Erdogan has reiterated his determination to go ahead with the S-400 deal. On Friday, Russian arms agency Rostec announced delivery of the S-400 to Turkey would begin in two months.

The Economic Times report said India was keeping a “close watch” on how the situation with Turkey develops. India signed a deal worth $5.4 billion to buy the S-400 in October 2018. Both India and Turkey have been offered “alternative” US missile systems such the Patriot and the longer-range Terminal High Altitude Area Defense (THAAD) system.

In April, Turkey's Foreign Minister Mevlut Cavusoglu told a TV news channel the government was open to considering Russian fighter aircraft, including the Su-57 stealth fighter, if the US refused to supply the F-35.

The statement highlights the irony of change and challenges in geopolitics: In July 2018, India had announced it was ending cooperation with Russia on developing a customised variant of the Su-57 for the Indian Air Force!