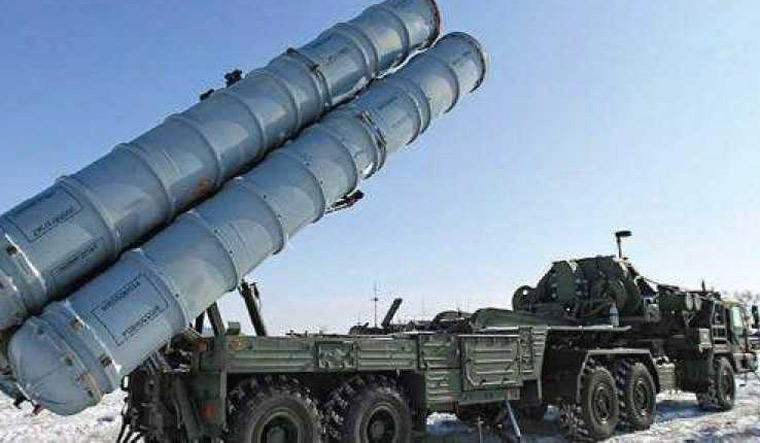 The Indian Air Force has repeatedly referred to the S-400 air defence missile system as being a 'game changer'. The S-400 is made in Russia and can shoot down aircraft, cruise missiles and even ballistic missiles. The S-400 is scheduled to be delivered to India this year.

However, the S-400 could become a spoiler in the strong relationship between India and the US. Ever since India signed a deal in 2018 worth over $5 billion to buy the S-400, the US has warned it could impose sanctions. While the Donald Trump administration has consistently pushed India to cancel the deal, Reuters reported on Friday the incoming Joe Biden dispensation is likely to adopt the same policy.

Reuters reported on Friday the US has "told India it is unlikely to get a waiver on its planned acquisition of Russian S-400 air defence systems, raising the risk of sanctions".

Reuters reported the tough position adopted by the Trump administration on the S-400 deal is “unlikely to change under the Biden administration that takes over next week and that has promised an even tougher US approach towards Russia".

US official told Reuters there was "still time for Delhi to reconsider, and that the punitive measures would only kick in if the deal with the Russians was 'consummated (missiles being delivered)'".

“Washington has told New Delhi that if India acquires the S-400, it would affect how its systems interact with US military equipment that India now has and would jeopardise future arms transfers such as high-end fighter planes and armed drones," Reuters reported.

BJP MP Subramanian Swamy responded to the Reuters article and warned the "moment of truth" had arrived for India. Swamy tweeted on Saturday, "The moment of truth has arrived for us Indians. We are being forced to choose and not flirt around on archaic ideas of being friends with everybody."

Swamy has been a critic of the deal to buy the S-400, warning it contained Chinese components. China was the first export user of the S-400, followed by Turkey. Turkey's move to buy the S-400 triggered a bitter spat with NATO and the Donald Trump administration. The US removed Turkey from being a member of the F-35 stealth fighter consortium.