SC has no jurisdiction: Constitution expert Kashyap on staying of farm laws 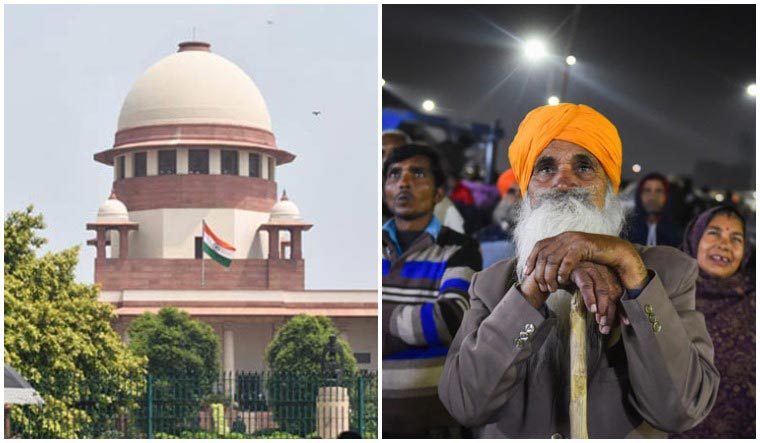 The Supreme Court of India stayed the implementation of three agriculture laws and announced the setting up of a four-member panel yesterday, to hear suggestions on these laws to diffuse the stand-off between the farmers unions and the Union government. Chief Justice of India S.A. Bobde-led bench has given two months time for the panel to submit its report, before it can decide on the matter. The court's direction has generated a debate on whether it undermines the parliamentary democracy, and whether the judiciary has stepped into a role which is essentially the responsibility of the government. THE WEEK spoke to former secretary general of Lok Sabha Subhash C. Kashyap, who is also an expert in Indian Constitution, to decode the issue.

The Court has not gone into the constitutionality of the laws, and instead stayed them. Your views?

The Supreme Court can pronounce on an act passed by Parliament only in certain conditions: if fundamental rights are violated, then one can approach the court and it can intervene in case of a law, executive order. Secondly, SC can come in if there is a dispute between the state and the union. Thirdly, if the act passed by Parliament is outside its jurisdiction, then Supreme Court can step in.

However, in this case (staying of three farm laws), neither of the three conditions applies. In my personal view, the Supreme Court had no jurisdiction in the matter. Fundamentals, if any, were violated by those sitting on a dharna. They (farmers) are violating the fundamental rights of all those who had to use that road. Look at the luxuries enjoyed by those protesters, despite all sympathies as they are sitting in the cold. Those luxuries are not available to ordinary citizens. They are violating the fundamental rights of others.

Does the Supreme Court order undermine the role of Parliament, which has passed the law?

The Supreme Court has not given any judgment. It has only stayed the implementation of these laws. They need time to consider it. The positive view is that judgment is yet to be delivered. It is a stop-gap arrangement because of human factor. Under Article 142, the court, in order to do 'complete justice', can intervene. But, it is also preceded by saying, 'in exercise of its jurisdiction'. It is not as if the Supreme Court can interfere in any matter to do justice, but only in those matters in its jurisdiction. Supreme Court, perhaps, interprets these words – in its jurisdiction – as general authorisation to do justice.

Has Supreme Court entered into the domain of Parliament?

The court realises this. It is extremely unusual situation. They have acted more in people's interest and tried their best to diffuse the situation. But that it has not yielded the desired result is another thing, as leaders of farmers unions have not agreed to it. It will be sad both for Parliament, the judiciary and the country, as the farmer leaders have not relented.

What could have been the alternative before the Court?

Under the circumstances, it's an attempt to diffuse the situation in national interest, and people's interests. This should be welcome.

What could be the options available if the farmers unions do not agree to Court's directive?

It is for the government to examine. The law ministry can examine if it is better left to the individual states to implement the laws (based on their local conditions). If the government thinks that these laws will do good to farmers, but they don’t want to do good to themselves, then why force them. The legal point has to be decided by the law ministry, but as a political move, it is better to leave the implementation of the laws to the individual states concerned. Then they (farmers) will realise who is benefiting and who is losing.

There is an allegation that these laws were enacted in a hurry bypassing parliamentary consultation available through standing committees?

The government would say the bills were already part of the Congress manifesto, and many farmers unions had demanded and there appeared to be national consensus on it. Perhaps, the protest is more political, and more anti-Modi than anti-law.