OPINION: Can Supreme Court stay implementation of a law?

When a law is made by Parliament, only Parliament can repeal or suspend its operation 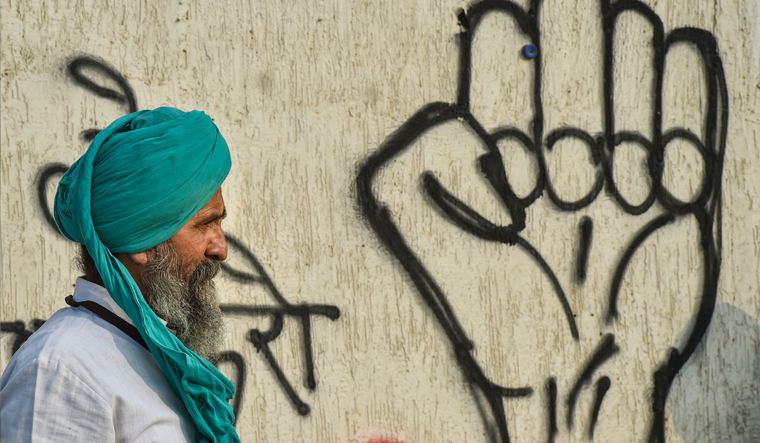 A farmer at Singhu border during the 'Delhi Chalo' protest march against the new farm laws, in New Delhi, Sunday, Dec. 6, 2020 | PTI

During the course of the hearing of the case relating to the three farm laws today, the Supreme Court reportedly observed that it may stay implementation of the laws. Though the Court has not yet passed any order to this effect, assuming that it does, will it be a valid order? I submit it will not, and it will be a case of judicial overreach.

As stated in the Supreme Court decision in Divisional Manager, Aravali Golf Course vs Chander Haas, 2007: "Before parting with this case we would like to make some observations about the limits of the powers of the judiciary. We are compelled to make these observations because we are repeatedly coming across cases where Judges are unjustifiably trying to perform executive or legislative functions. In our opinion this is clearly unconstitutional. In the name of judicial activism Judges cannot cross their limits and try to take over functions which belong to another organ of the State.

Under our Constitution, the Legislature, Executive and Judiciary all have their own broad spheres of operation. Ordinarily it is not proper for any of these three organs of the State to encroach upon the domain of another, otherwise the delicate balance in the Constitution will be upset, and there will be a reaction.

Judges must know their limits and must not try to run the Government. They must have modesty and humility, and not behave like Emperors. There is broad separation of powers under the Constitution and each organ of the State the legislature, the executive and the judiciary must have respect for the others and must not encroach into each others domains."

Thus, the Supreme Court itself has clearly said that there is a broad separation of powers in the Constitution, and each organ of the State must remain within its limits, and not encroach into the domain of another organ.

It follows that when a law is made by Parliament, it is only Parliament which can repeal or suspend its operation by making another law. The Court can no doubt declare a law ultra vires if it finds it unconstitutional, but it has no power to temporarily stay its enforcement even without recording a finding that it is prima facie unconstitutional. The Supreme Court has not recorded any such finding in this case.

When a law is made by Parliament, it comes into effect immediately on receiving assent of the President of India (unless it is a case of conditional legislation, which the three laws in question are not). For a Court to stay its operation, would amount to thwarting the will of another organ of the State, which is sovereign within its own domain, and would amount to judicial legislation. This would be violating the principle of separation of powers propounded by Montesquieu, and followed in the abovementioned decision.

Perhaps, what the court wanted was to break the deadlock between the farmers and the government. But surely it cannot do so by violating the Constitution.

Moreover, the suggestion of the Court to set up a committee presided over by a retired Supreme Court judge seems strange. What can such a person achieve? The farmers are adamant that the laws must be repealed, while the government seems adamant that it will not.

Courts must realise they cannot solve all problems in the country, and I respectfully submit the Supreme Court should only decide the constitutionality of the three laws, and refrain from passing any order trespassing into the domain of another organ of the state