To lease or buy?: Option to lease military platforms has experts divided 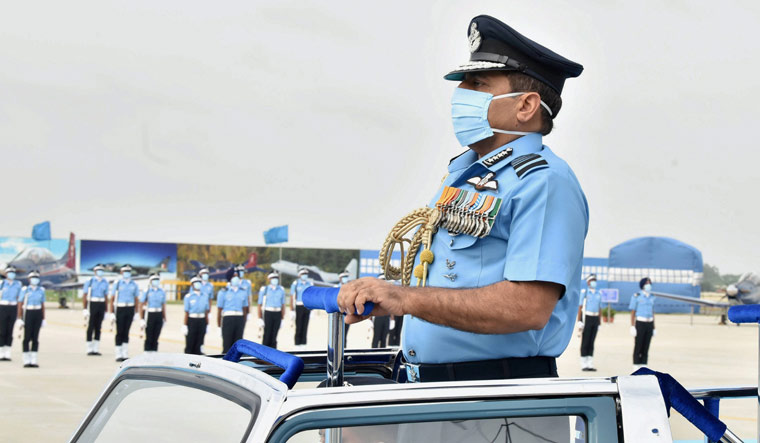 Amidst the debate of prioritising its requirements due to budgetary constraints, the ministry of defence, in March, had given the go-ahead to armed forces to procure military platforms on rent from friendly countries.

Since then, both Indian Air Force and Navy are in the process of finalising multiple platforms that can be procured on lease till indigenous platforms under development are inducted into service. The Army, however, is yet to look into this option.

However, some experts believe that the option to lease has always turned out to be a costly affair compared to outright purchase.

While addressing the annual presser last month, IAF Chief Air Chief Marshal R.K.S. Bhadauria had said the Air Force could acquire midair refuellers on lease under the government’s new leasing policy. He, however, clarified that

"leasing" has got nothing to do with budgetary constraints, but is an evolution of the defence acquisition processes and procedures. "It will give the service some flexibility. IAF has been trying to acquire its critical need of mid-air refuellers for long time," he added.

Apart from refueller aircraft, the IAF is looking at leasing its trainer aircraft and even the Light Utility Helicopters (LUH) for short duration.

While unveiling the Draft Defence Procurement Procedure 2020 (DPP-2020), Defence Minister Rajnath Singh had introduced the "lease" category that gives flexibility to military to procure equipment on rent instead of buying it from the Original Equipment Manufacturer (OEM). Platforms like transport fleet, trainers, simulators and machinery required for search and rescue missions have, so far, been permitted to be procured on lease.

On Wednesday, Deputy Chief of IAF Air Marshal Sandeep Singh, in a webinar organised by Federation of Indian Chambers of Commerce and Industry (FICCI), confirmed that the IAF is in the process of sending out Request for Information (RFI) for leasing trainer aircraft for a relatively short period. HTT- 40 trainer jets are being developed by the HAL, as trainer fleet of Kiran jets have crossed their age. Air Marshal Singh added that trainer jets can be procured for four-five years till HAL completes its final trials of HTT-40 jets.

At the same event, Vice Chief of Navy Vice Admiral Ashok Kumar said that to meet its critical requirement, the Navy can also go for leasing of operational support assets and auxiliaries. This is done to avoid huge investments in manning and maintaining them. The Indian Navy operates a Russian nuclear-powered attack submarine on lease, Chakra. Efforts are on to get another nuke powered submarine, as India signed a $3 billion deal with Russia last year. It is expected to come by 2025.

Speaking in favour of leasing option, a defence ministry official maintained that "Leasing provides means to possess and operate the asset without owning and is useful to substitute huge initial capital outlays with periodical rental payments." He added that the lease option would not only be useful in gaining experience for operational exploitation of an equipment, but also a better option compared to a one-time acquisition cost.

However, the finance division of ministry of defence believes there is lots to be done. Some feel that before going in for the lease option, cost benefit analysis—a detailed evaluation of the benefits and costs of leasing versus an outright purchase1—has to be done.

Countering the argument of faster process of acquisition through leasing route, Gargi Kaul, who retired as secretary, defence finance, last month, pointed out that the leasing route follows the similar process of usual acquisition. "DPP 2020 states even in leasing option, process like going through the acceptance of necessity (AON), request for information (RFI) etc., which is similar to the regular acquisition process," Kaul said, and added that it is still unclear whether the armed forces will get brand new equipment or old ones in the leasing option.

Kaul emphasised that leasing always turns out to be more expensive than outright purchase if we include maintenance and insurance clause. She felt that the lease option should be considered for high-end costly military platforms, and not transport aircraft or vehicles. "With my experience, I can say that net purchase price is always cheaper than a lease," Kaul said, while adding that she is apprehensive about an Original Equipment Manufacturer (OEM) will agree to lease option.

Kaul had reservations over leasing companies coming to India, as she felt that there are no incentives for leasing firms. "It will not be viable for a leasing company to come in without any incentive. This is a major issue that needs to be addressed."