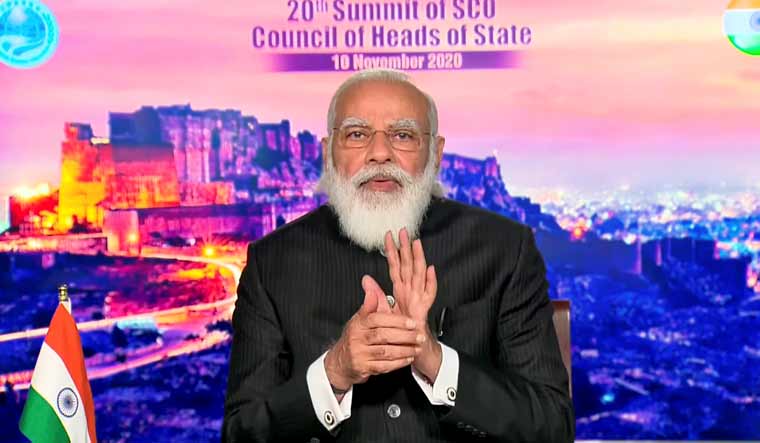 Prime Minister Narendra Modi and Chinese President Xi Jinping came face to face online during the virtual summit of the Shanghai Cooperation Organisation (SCO) summit, hosted by Russia on Tuesday. Both the leaders have met 18 times since 2014. But, the 19th meeting of the two leaders turned awkward one, given the ongoing military standoff in Eastern Ladakh on the Line of Actual Control (LAC).

Modi and Xi Jinping will virtually face each other again on November 17 during BRICS summit and the G20 on November 21. And, the military and diplomatic leadership of both sides are hard pressed to find a respectable exit to the situation.

So far, multiple rounds of military and diplomatic negotiations have failed to break the six-month long deadlock between the two sides. Indian side has been firm on its stand that the principle of ‘first in, first out’, which means China must drawdown first, as People's Liberation Army was the aggressor.

With an aim to find a way out, both sides moved a fresh proposal for disengagement during the last military commanders' meeting held on November 6 at Chushul. And the Chinese plan is being under consideration of the National Security Advisor Ajit Doval-led China Study Group. Chinese side is learnt to have agreed to discuss the pull back plan of its artillery and armoured units from all friction points. Earlier, the Chinese side was not willing to discuss the disengagement process from the Finger areas of Pangong Tso, an issue which India has been flagging for sometime. Moreover, the Chinese side was insisting the Indian Army to vacant the dominant heights on the south bank of Pangong Tso.

Army Chief General M.M. Naravane maintained that the situation as of now is quite stable on the border. He said both sides are engaged in talks, and these talks are as per the overarching guidance and guidelines which have been achieved in the talks held between the respective defence and foreign ministers.

While talking about the 8th round of military level commanders on both sides, General Naravane said that they are ironing out the modalities of how to proceed ahead within the overarching guidelines which had been communicated post the interactions and the meetings between the respective ministers.

"The process is on and we are very hopeful that we will be able to reach an agreement which is mutually acceptable and mutually beneficial in keeping with this overarching policy guideline which has been passed down to both sides from their respective hierarchy," Geneal Naravane said at an event in national capital, while adding that it was discussed by the defence ministers that it has to be an overall solution to the entire issue which brought this situation to the fore. "Within those guidelines we are discussing how to actually achieve it on the ground."

As the winter sets in the snow deserts of Ladakh, both sides are gearing themselves for harsh weather conditions. Though experts believe that Indian military has an edge over Chinese in terms of facing hostile weather conditions as Indian Army has been guarding the Siachin glaciers—the world's highest battlefield—for several years. On the other sides, the Chinese PLA generally camp in the plateau.

Military strategists believe that China is getting jittery because it is not on the upper side when it comes to having tactical gains. Indian Army launched its "Operation Snow Leopard" on August 29, when Indian troops launched an offensive posturing by taking control of dominating heights in the Chushul region. By gaining control of dominating heights, Indian troops can overlook Chinese Moldo Garrison.

Under 'Operation Snow Leopard', India military occupied some strategic heights—Magar Hill, Gurung Hill, Gorkha Hill and Reqin La. India needs to maintain troops there to protect its territory. And pulling back from freshly occupied heights will be a strategic disaster for India.

As per the joint statement issued after November 6 military commanders meeting, both sides agreed to maintain dialogue and communication through military and diplomatic channels, and, taking forward the discussions at this meeting, push for the settlement of other outstanding issues, so as to jointly maintain peace and tranquility in the border areas.

Both sides also agreed to ensure their frontline troops to exercise restraint and avoid misunderstanding and miscalculation.