Both accused were arrested by Haryana Police 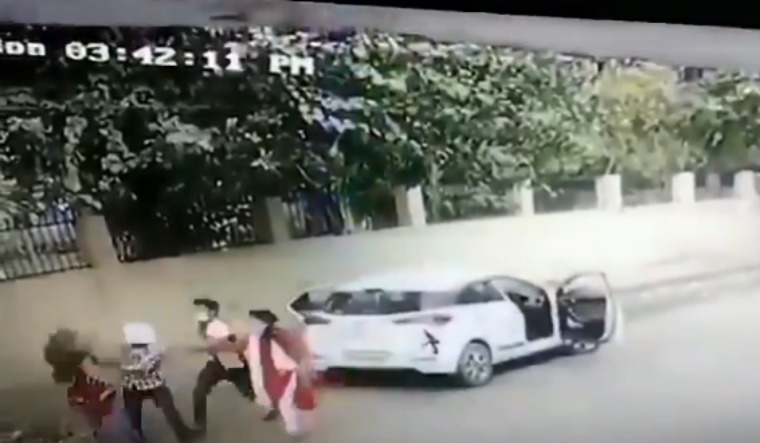 Hashtags of 'love Jihad' and 'justice for Nikita Tomar' went viral on Twitter on Tuesday. Nikita Tomar, a 21-year-old college student, was fatally shot after leaving her college in Ballabgarh in Haryana's Faridabad on Monday.

Nikita had left her college after appearing in an examination, when a car with two people stopped near her. One of the two men tried to force Nikita into the vehicle. When she resisted, he shot her.

Nikita was taken to hospital, where she died of her injuries. The footage of the crime was caught on CCTV. The footage, widely shared on social media, caused outrage.

The accused were identified as Touseef and Rehan. NDTV reported Touseef had been arrested. The Faridabad Police's Twitter handle informed on Tuesday afternoon that Rehan had also been arrested.

NDTV reported that Touseef had been harassing Nikita. "We complained earlier in 2018 about Touseef harassing my daughter and we had withdrawn the complaint to protect our daughter's name. Now they have killed my daughter," her father told NDTV.

Nikita's family alleged the incident was linked to love jihad and claimed Touseef wanted her to convert to Islam and marry him.

The killing of Nikita Tomar triggered protests in Faridabad, with her family declaring her body would not be cremated until the accused were killed.