One of them was an active member of Lashkar, involved in the Delhi blast 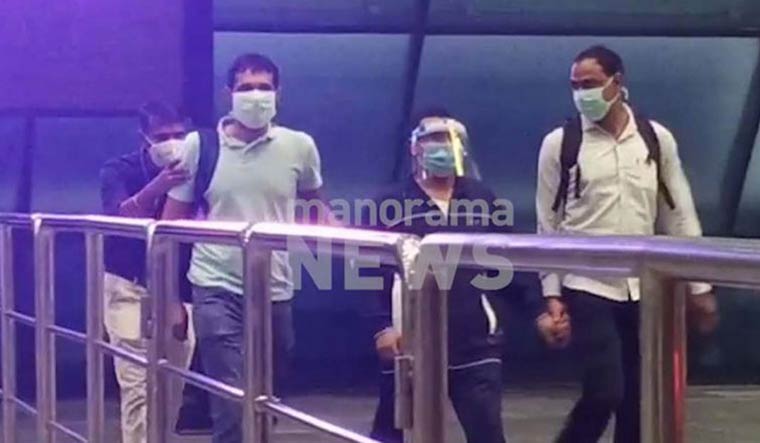 The National Investigation Agency (NIA) has arrested two terrorists from Trivandrum International Airport on Monday. The ultras have been identified as Kannur native Shoaib who came from Saudi Arabia and UP native Gul Navas.

Shoaib, an accused in the Bengaluru serial blasts who has been absconding since 2008, was detained by Bengaluru city Anti-Terrorist Cell (ATC) with the assistance of central agencies. A Red Corner Notice had been issued against him.

Gul Navas, an active member of Lashkar, is involved in the Delhi blast. The two extremists were brought to India after a lookout notice was issued against them in Riyadh.

The incident comes after three terrorists—Iyakub Biswas, Murshid Hasan and Musharraf Hussain—linked to Al Qaeda were nabbed by the NIA from Ernakulam on Saturday. Six more were arrested from West Bengal’s Murshidabad district. The agency said that the group was planning to undertake terrorist attacks at vital installations in India with an aim to kill innocent people and create a fear psychosis in society.

A closely-monitored operation of the NIA and other central agencies began on September 11 when the premier investigating agency registered a case to probe to al-Qaeda module.