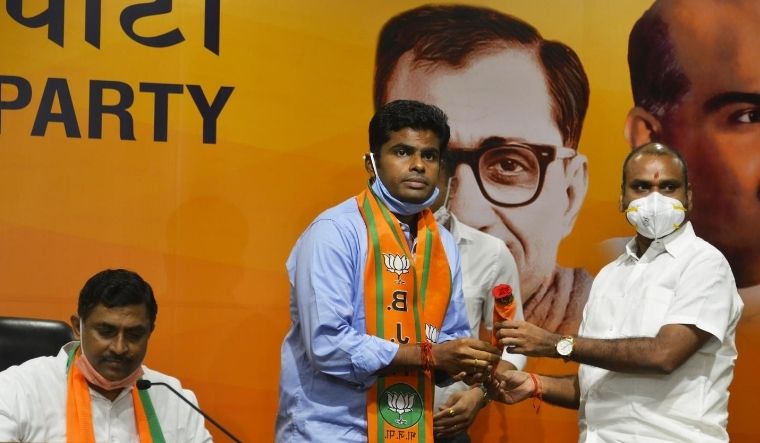 The BJP will become a force to reckon with in Tamil Nadu after the 2021 assembly elections, former IPS officer Annamalai Kuppusamy, who joined the party two days ago, said on Thursday.

Addressing reporters on his maiden visit to the party office in Coimbatore, Annamalai said BJP will pave the way for a new era of development in Tamil Nadu and the younger generation would extend support to the party in the next year polls.

Targetting the Dravidian parties in the southern state, he said they have 'failed' to manage its economy and the development was 'stagnant' for the last 20 years.

Referring to the Centre's new National Education Policy, he said there was no Hindi imposition in it.

Tamils were given importance at the Centre and Prime Minister Narendra Modi respected the Tamil language, he added.

Asked about the ongoing debate on NEET exam, Annamalai said experts and academicians were in favour of its conduct.