A BJP leader said Kanimozhi can speak Hindi, was creating a row for political aims 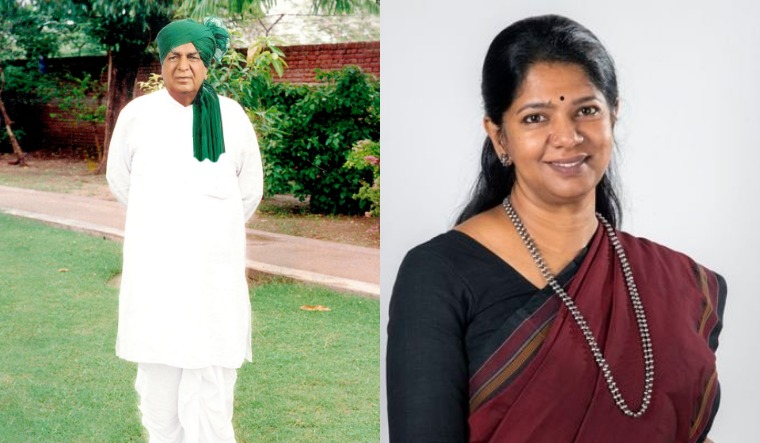 A tweet by DMK MP Kanimozhi on CISF personnel at the Chennai Airport, who commented about her for not knowing Hindi, has stirred a row. While former home minister P. Chidambaram and former Karnataka chief minister H.D. Kumarasamy batted in favour of Kanimozhi, the state BJP, as usual, took to trolling and throwing allegations at the Lok Sabha MP from Tamil Nadu.

On Monday, few hours after Kanimozhi tweeted about the CISF incident, BJP secretary H. Raja stirred a controversy by alleging that there was a political motive behind Kanimozhi’s tweet complaining about the security personnel at the Chennai airport.

“I was in a school which taught me only two languages: Tamil and English. I can converse in only these two languages. Though I had been a MP and living in Delhi these many years, I haven’t learnt Hindi and every political party leader in Delhi is aware of this,” Kanimozhi said, as she landed at the Chennai airport back from Delhi on Wednesday.

Meanwhile, retired bureaucrat M.G. Devasahayam clarified on the issue of who translated for Devi Lal. Devasahayam, who hails from Nagercoil, is a retired IAS. “Devi Lal took over as the deputy prime minister in the first week of December 1989. He came to Tamil Nadu in the third week of December for two reasons: To participate in a farmers’ rally near Coimbatore to commemorate the death anniversary of farmer leader Narayanasami Naidu and discuss with chief minister Karunanidhi the matter regarding additional allotment of food grains to the state on an urgent basis. I belong to the Haryana cadre of IAS and Devi Lal was my earlier chief minister. Since I was living in Chennai at that time after taking VRS, he requested me to accompany him to his meetings and events. I did so and translated his Hindi speech, heavily tinged with Urdu, into Tamil. This is by way of clarification,” Devasahayam said in a social media statement.

In Tamil Nadu, where language had always triggered a political row, Kanimozhi’s two-line tweet had triggered emotions as many senior politicians and activists came in support of her. The BJP, which wants to take on the DMK ideologically, has been fighting hard to prove Kanimozhi wrong and gain an advantage against the Dravidian party.