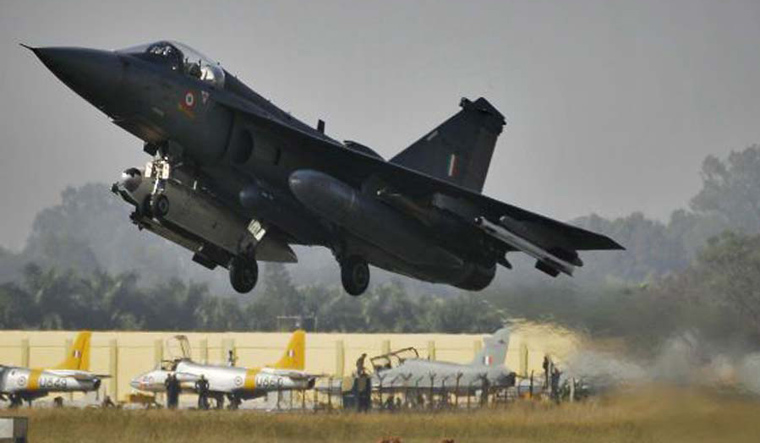 The provisional set of drawings has also been released, which will finally be cleared by the certifying agencies. The additional system design activities are currently in progress. In six-months’ time, new set of equipment will start arriving ahead for integration. By then, the final system design is also expected to be in place.

If HAL sticks to the current timelines, then the integration of new systems will begin early next year, followed by series of rig tests and later the all-critical flight tests.

It is expected close to 200 flight trials will be undertaken before all new systems are being proven as per the requirements and satisfaction of the Indian Air Force (IAF).

The advanced features of Tejas Mk1A will be proven on two limited series production (LSP) aircraft, which are part of the ongoing trials of the fighter programme.

HAL hopes to have the final configuration of the Tejas Mk1A by 2022-23.

All the current activities are expected to get a morale boost further when the ministry of defence (MoD) will finally award the contract of 83 Tejas Mk1As to HAL.

The contract worth around Rs 38,000 crore (including spares, weapons, engine testbeds), is still under finalisation and is likely to be inked in the last quarter of this year.

Unlike the early versions of Tejas, ARDC will be the lead designer of Mk1A programme as per its workshare arrangement with Aeronautical Development Agency (ADA). With this arrangement, HAL probably also got an opportunity to lessen the trust deficit other stakeholders had on them when it came to the Tejas programme.

With so much of national pride pinned on the Tejas programme, the onus on HAL/ARDC has increased manifold now. In addition to Tejas variants, the team has the responsibility of other projects like the HTT-40, IJT and UAVs.

Future programmes like LCA-MK2, TEDBF and AMCA will also see active participation of ARDC. Tejas Mk1A is an upgraded version of the final operational clearance (FOC) configuration (Mk1) with 80 per cent of the detail components being the same.

HAL needs to deliver 20 MK1 variants to IAF for the second Tejas squadron in Sulur, the Flying Bullets.

The metal cutting is expected to commence one year after the contract finalisation and as things stand now, the Tejas Mk1A will have its first flight during the last quarter of FY 2022-23. The delivery of all the 83 aircraft will be completed within six years from the supply of the first fighter.

HAL is to deliver 73 fighters and 10 trainers under the yet-to-beinked contract of 83 Tejas Mk1As.

Desi air-to-air missile Astra Mk1 will be integrated on Tejas Mk1A, giving an edge to the fighter over its contemporaries in BVR warfare. “With the introduction of podded self-protection jammer (SPJ) and AESA on Tejas Mk1A, the survivability of the aircraft is further enhanced. Besides, Astra and ASRAAM (Advanced Short-Range Air-to-Air Missile), the fighter will also carry missiles for long-range as well as short-range operations. This is in addition to prevailing store configurations to increase offensive capability,” an official overseeing the programme said.

The AESA radar will give Tejas improved range with near-simultaneous missile-firing options on multiple targets and increased situational awareness with mode interleaving.

“The AESA radar will be electronically scanned agile beam radar based on transmit/receive modules (TRM) and supports multimode operation. The radar is having capability to track multiple targets at a time in air-to-air, air-to-ground and air-to-sea modes,” says the official.

“The EW capability will increase survivability of the aircraft in a networked environment. With the integration of an external jamming pod, the aircraft will be able to do its duty as offensive air combat platform,” he added.

“The Tejas Mk1A will have excellent manoeuvrability, unhindered by control and stability considerations, over the widest possible speed and CG (centre of gravity) range from + 8 to -3g,” says the official.

On the maintainability front, the new Tejas promises to be a delight for the ground support crew with ARDC planning to incorporate many new features.

“The idea is to step up the availability of aircraft and reduce the turnaround time. Based on various inputs, we are making changes in the roots of the aircraft,” says the official.

New panels are getting in to reduce the DI (daily inspection) time. A new concept called ‘panel-in-panel’ will be in place to increase the visibility of the components during DI.

It is certain that the designers and engineers are leaving no efforts to create real estate on Tejas Mk1A to address long-term maintainability issues. New set of cables are to be used in increasing more space inside the aircraft.

This article was first published in onmanorama.