Situation in eastern Ladakh arose from 'unilateral aggression' by China, it stated 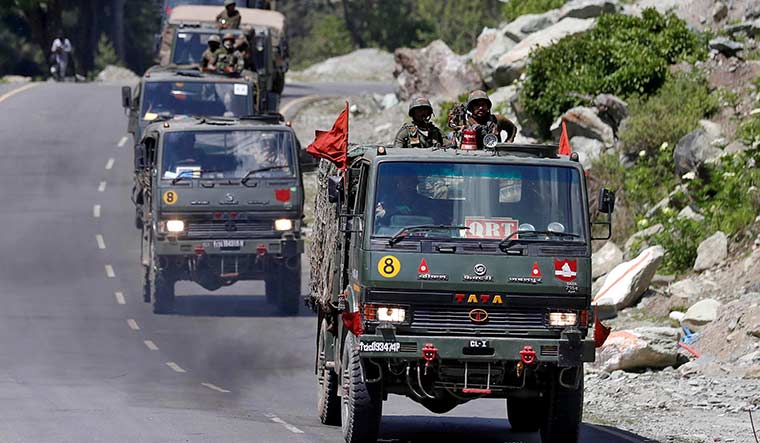 The Ministry of Defence has removed from its website a document that mentioned about Chinese aggression on the Line of Actual (LAC).

In the report titled ‘Major Activities of Department of Defence’ for the months of April and May, the ministry had stated that Chinese aggression has been increasing along the LAC and more particularly in Galwan Valley since May 5, 2020. The document was uploaded on July 28.

"The Chinese side transgressed in the areas of Kurgang Nala, Gogra and north bank of Pangong Tso on May 17-18," the MoD report had stated. In fact, MoD had, for the first time, used the word "transgression", instead of "intrusion".

It was also mentioned that the situation in eastern Ladakh, arising from unilateral aggression by China, continues to be sensitive and requires close monitoring and prompt action based on evolving situation.

While mentioning about Corps Commander-level meeting, the document stated that while engagement and dialogue at military and diplomatic level is continuing to arrive at mutually acceptable consensus, the present standoff is likely to be "prolonged".

Indian military has already carried out mirror deployment based on the Chinese troop presence in multiple areas in eastern Ladakh. And despite five rounds of Lt General-level talks, disengagement process has not been fully completed by the Chinese side. Though some pull back has happened in Galwan and Hot Spring area, Pangong Tso, Gogra and Depsang continue to be major cause of concern for the Indian Army.