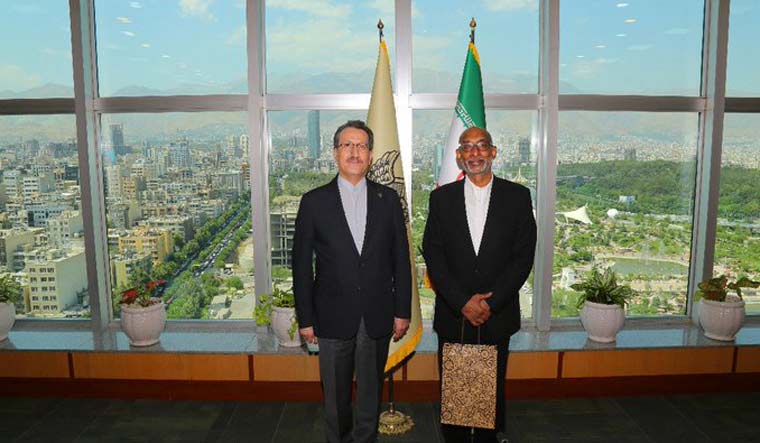 India’s railway dreams for Chabahar may not be de-railed just yet. The deputy minister for Roads and Head of Iran Railways Saeed Rasouli invited the Indian Ambassador Gaddam Dharmendra on Monday to “review’’ the “ongoing cooperation on the Chabahar-Zahedan railway, according to a tweet put out by the Indian mission in Iran."

This statement comes in the wake of reports that Iran had chosen to leave India out of the railway project to build a rail line from Chabahar port to Zahedan, along the border with Afghanistan because of “funding delays”. Rasouli’s statement—albeit tweeted by India—signals that all hope is not lost.

In 2016, when Prime Minister Narendra Modi travelled to Iran inking India’s dreams for Chabahar with President Rouhani, the railway line MOU was part of it. However, Iran has claimed that there had been little progress since. What complicated the issue—certainly a signal that the relations between India and Iran were far from warm—was a statement, last week deputy, to Iran's Ports and Maritime Organization, Farhad Montaser, who claimed that Iran had no agreement with India on the building the railway line.

"Iran has only signed two agreements with Indians for investment in Chabahar: one is related to port's machinery and equipment, and the second is related to India's investment to the tune of $150m," Montaser was quoted by the IRNA news agency as saying on Wednesday.

IRCON was appointed by the Government of India to assess the feasibility of the project,’’ said Anurag Srivastava, in the weekly briefing on Thursday. “It was working with CDTIC, an Iranian company under their Ministry of Railways in that regard."

Detailed discussions were thereafter held on other relevant aspects of the project, which had to take into account the financial challenges that Iran was facing, Srivastava said.  The issues were discussed in December 2019,  at the 19th India-Iran Joint Commission Meeting in Tehran. “The Iranian side was to nominate an authorized entity to finalize outstanding technical and financial issues. This is still awaited,’’ he added.

India being left out of the rail project had attracted criticism from Rahul Gandhi too. “India's global strategy is in tatters. We are losing power and respect everywhere and GOI has no idea what to do,’’ he tweeted last week.

It might still be too early to celebrate. Speculation that India has been left out of the Chabahar certainly spells trouble added with ONGC's exclusion from the Farzad-B gas fields.

The talks have been ongoing since 2009. It is no secret that Iran is less than enthusiastic with India’s decision to cut oil imports to zero at America’s behest.  And with the Iran-China deal—of a 25-year partnership for $400 billion to build infrastructure and energy resources in Iran, this space needs to be watched.