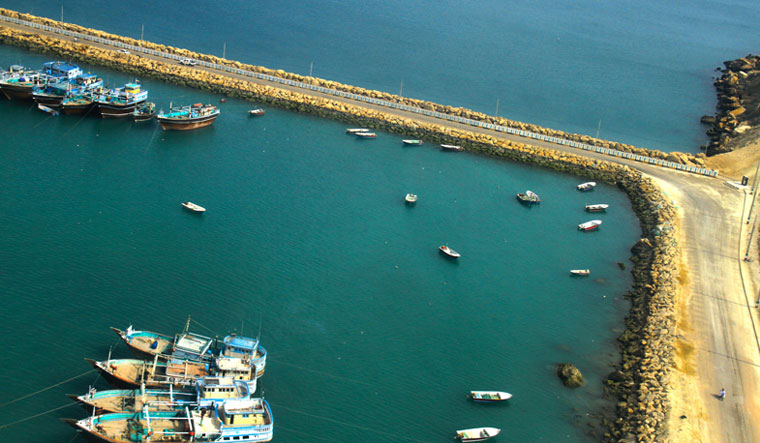 Iran has gone ahead with the construction of the Chabahar rail project on its own without India's assistance citing funding delay from New Delhi. Interestingly, the development comes close on heels of China finalising a 25-year, $400 billion strategic partnership with Iran, facing sanctions from the US.

Without India's funding, Iranian Railways have used about $400 million from Iranian National Development Fund, The Hindu reported. The move is seen as a setback for India for whom Chabahar was its strategic response to the China-Pakistan Economic Corridor (CPEC).

According to the report, Iranian Transport and Urban Development Minister, Mohammad Eslami, inaugurated the track-laying process for the Chabahar-Zahedan line, which will be extended to Zaranj in Afghanistan. Iran plans to complete the project by March 2022.

The railway project was meant to be part of India’s vow to the trilateral deal between India, Iran and Afghanistan to develop an alternate trade route to Afghanistan and Central Asia bypassing a hostile Pakistan. The project was signed between Iranian Railways and the Indian Railways Construction (IRCON) simultaneously as Prime Minister Narendra Modi, Iranian President Rouhani and Afghanistan President Ashraf Ghani struck the trilateral deal for Chabahar port in 2016.

However, despite several site visits by IRCON engineers, India never commenced the work, apparently due to worries that these could attract US sanctions. While the US had given sanctions waiver for the Chabahar port, The Hindu's report, citing officials said it was difficult to find equipment suppliers and partners due to worries they could be targeted by the US. India has already “zeroed out” its oil imports from Iran due to US sanctions.

Apart from the rail project India's investment of $8 billion at Chabahar included the development of the port and industries in Chabar Special Economic Zone, including an aluminium smelter and a urea making facility.

Chabahar is the only seaport Iran has in its energy-rich Sistan-Balochistan province by the Gulf of Oman and consists of two ports with five berths each. The port is a counter to Pakistan's Gwadar port, which is being developed with the Chinese investment.

The port, inaugurated in December 2017, has opened a new strategic route connecting Iran with India and Afghanistan bypassing Pakistan. In December 2017, India took over the operations of the port and commissioned the second port this January, marking the country's maritime entry into a foreign land.

According to various media reports, China has struck a $400 billion economic and security strategic partnership deal with Iran. However, the agreement reportedly has not been submitted for Parliament’s approval yet and hasn’t been made public. China has not shared the details of the deal yet as well.

Once it is signed, Iran will open its doors for Chinese investment not just in one or two sectors but across the Iranian economy. The Chinese presence in Iran would expand in banking, telecommunications, ports and railways, also more than a dozen projects will go to Chinese companies.

Beijing hopes to get cheap oil in return. China will walk away with a steady supply of Iranian oil at a heavily discounted rate for 25 years. The deal also has a military dimension. There will be reportedly joint training and exercises, joint research and weapons development, even intelligence sharing as part of the agreement.

The deal will fundamentally change Iran’s relationship with China. It will put Tehran in Beijing’s corner and India could see its influence diminish overtime.