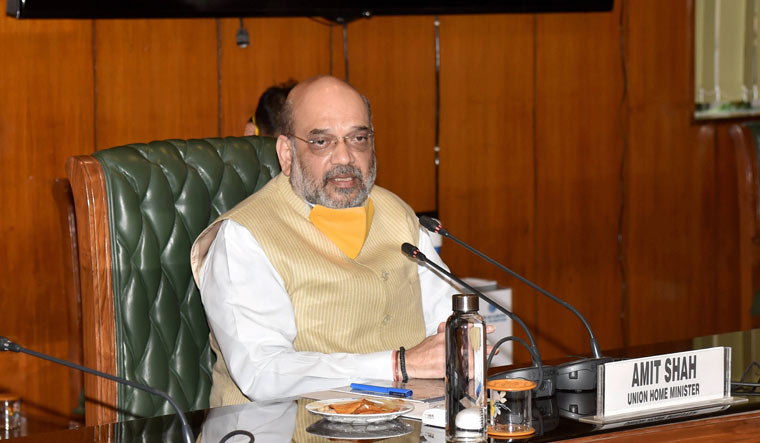 A BJP delegation met Union Home Minister Amit Shah on Tuesday and urged him to institute a CBI inquiry to probe the death of a CPI(M)-turned-BJP leader in West Bengal who was found hanging at a market near his residence.

Roy's body was found hanging from the ceiling of a verandah outside a shuttered shop near his home in Bindal village in North Dinajpur district on Monday.

His family and party leaders have alleged it was a "cold-blooded murder by Trinamool Congress", a charge the ruling party in Bengal has denied.

"Chief Minister Mamata Banerjee is uncomfortable with BJP's rise. There is criminalisation of police and complete breakdown of state machinery," Vijayvargiya told reporters after meeting the home minister.

He said Shah has sought a report from West Bengal police on Roy's death.

Union minister Babul Supriyo, who hails from West Bengal and was part of the delegation, alleged that the postmortem report of Roy was "manufactured" and the police and the state home secretary were making differing statements.

"We want an independent enquiry and hence we met the president and now the home minister for a CBI inquiry," he said.

The post-mortem report has stated, "Death is due to hanging. No other injury is detected."

The Hemtabad MLA had named two persons in a purported suicide note found with him, police said.