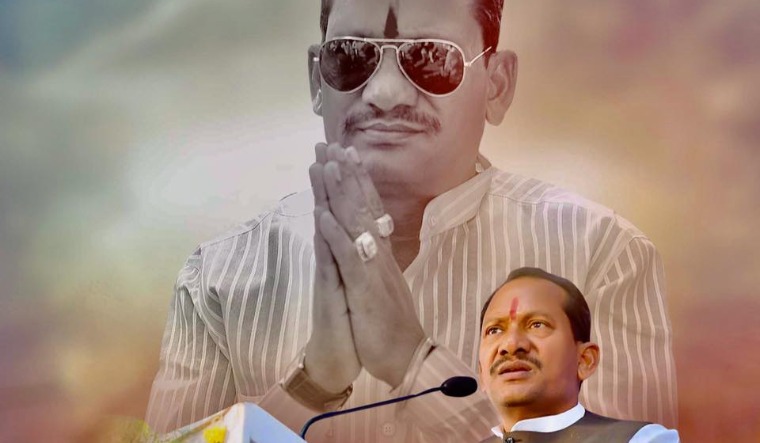 Resurrecting a contentious issue, Karnataka Animal Husbandry Minister Prabhu Chauhan on Friday declared the B.S. Yediyurappa government "will soon implement a ban on cow slaughter and sale and consumption of beef". Chauhan was quoted by ANI as saying the proposed ban would be on the lines of similar laws in other states.

A ban on cow slaughter was one of the promises of the BJP in its 2018 Karnataka Assembly polls manifesto.

Chauhan was quoted by ANI as saying he would discuss the proposed ban on cow slaughter with Chief Minister Yediyurappa. Chauhan said, "if this pandemic situation eases, by next session, if not by upcoming Assembly session, we will try to bring Karnataka Prevention of Slaughter and Preservation of Cattle Bill." Chauhan claimed, "The government will form a team of experts to look into [it] once the current pandemic situation eases. If necessary, the team of experts will visit states like Uttar Pradesh, Gujarat." Both Uttar Pradesh and Gujarat have strict laws against cow slaughter.

Chauhan was quoted by the New Indian Express as saying, "once the law is implemented, selling and slaughtering of cows will be banned completely, along with transportation of cows to other states. 'Safeguarding cows is our priority. We have already started strengthening goshalas'.” The New Indian Express reported that the minister said the government had "started making preparations at the ground level for the cow slaughter ban". Chauhan declared the government will soon launch dedicated ambulances to treat sick animals at farms.

In 2010, Yediyurappa in his first stint as chief minister had introduced the Karnataka Prevention of Slaughter and Preservation of Cattle Bill, 2010. The legislation would have instituted a blanket ban on cow slaughter and consumption of beef. However, the bill did not get presidential assent and was withdrawn after the Congress returned to power in 2013. Both the passage of the bill in 2010 and its withdrawal triggered protests by groups on opposite spectrums of the debate on cow slaughter.

Karnataka already has the Karnataka Prevention of Cow Slaughter and Cattle Preservation Act, 1964, which permits slaughter of bulls, bullocks and buffalos that are over 12 years of age and are unfit for breeding and giving milk.