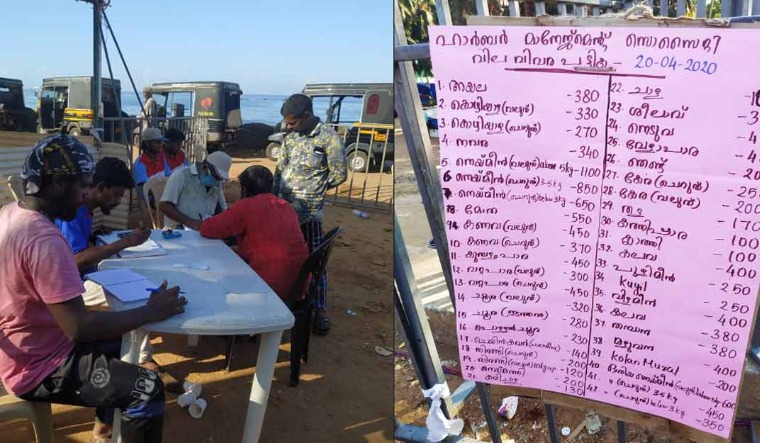 According to the government, of the 600 samples tested in Poonthura by Wednesday, 119 are positive for COVID-19. Onmanorama reported the number may be as high as 200.

"A health official termed the spread 'abnormal'. Antigen tests are being done in Poonthura and the results are coming fast. ‘It looks like everyone is positive,’ the health official said. The spread looks swift, random and widespread that the government has imposed stringent movement restrictions in these areas from Wednesday. The scourge has swept entire families and neighbourhoods have been declared positive. The first man to be declared positive in the area, a fish merchant in Puthenpally, has infected 13 members of his family and at least 15 people in his neighbourhood. It is said there are at least 10 families in these areas that have been fully infected," Onmanorama reported.

From Wednesday, the Kerala Police deployed commandos to seal off Poonthura. In addition, the government has banned all fishing activity and prohibited travel to Tamil Nadu.

Poonthura, which is thickly populated, had been considered vulnerable to COVID-19. "Not only are houses [in Poonthura] jammed close together but eight to 10 people are stuffed in small boxy homes not wide enough for even three people. In certain poorer pockets, there is just a single toilet for five to six houses. During the last week, six-seven children below the age of 12 are being declared positive on a daily basis in the area," Onmanorama reported.

Health officials are optimistic that spread of COVID-19 in Poonthura and adjoining hamlets of Puthenpally, Manikavilakom and the eastern part of Beemapally can be contained. Most of the positive cases are either asymptomatic or mildly symptomatic, officials said.

While a super-spreader has been blamed for the surge of COVID-19 cases in Poonthura, there is also speculation the infection could have come from the Kumarichanta fish market, which was not shut until late June. Multiple fish vendors, head-load workers and auto-drivers and even customers who had gone to the Kumarichanta market had tested positive for COVID-19.