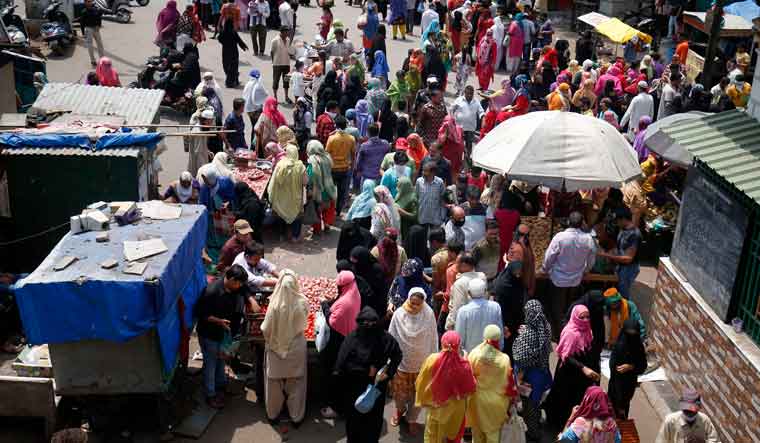 From Wednesday, restaurants in Gujarat will remain open till 9 pm and shops and business establishments till 8 pm as per the 'Unlock 2' guidelines announced by the state government, even as the number of COVID-19 cases has risen to 32,643 and deaths to 1,848.

Taking the guidelines of 'Unlock 2' announced by the Union Ministry of Home Affairs as a base, the Gujarat government on Tuesday said that movie theaters, gymnasiums and swimming pools will continue to remain shut.

Only essential commodities will be allowed to be sold in containment and micro-containment zones.

While Gujarat opens up for more hours in 'Unlock 2', the rising number of cases does remain a challenge. In 24 hours ending at 5 pm on Tuesday, the state recorded 620 cases, taking the total number of cases to 32,643. In the time period, 20 persons lost lives to COVID-19.

Out of the 620 new cases, more than 180 are from Surat, the diamond capital of the state.

Though the diamond industries have been functioning with revised guidelines for about a week now, the number of cases have remained unabated.

Surat Municipal Commissioner Banchhanidhi Pani told THE WEEK that the authorities have closed down some of the units where cases have been detected. Containment and micro containment zones have been announced in Katargam and Varachha areas where there are more number of diamond industries.

He said that the authorities have stepped up imposing fine on people who do not wear masks.

Pani also said that they have been giving immunity boosters in form of “ukalas” to the people. More than 16 lakh people are believed to have taken the benefit.