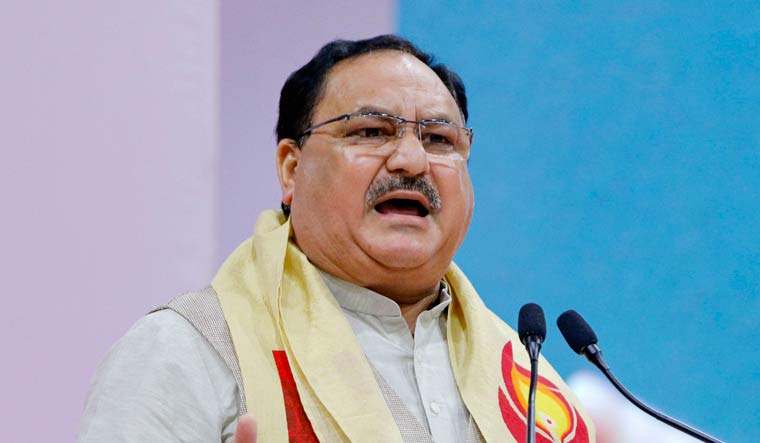 Users of popular microblogging platform Twitter were on Friday seen schooling J.P. Nadda on geography and mathematics after the BJP chief made a serious gaffe in one of his tweets regarding the India-China issue. Earlier this week, in response to former Prime Minister Manmohan Singh's scathing criticism of the Narendra Modi government's handling of the Indo-Chinese border crisis, Nadda has posted a series of tweets lambasting the Congress. "Dr. Manmohan Singh belongs to the same party which:  Helplessly surrendered over 43,000 KM of Indian territory to the Chinese! During the UPA years saw abject strategic and territorial surrender without a fight. Time and again belittles our forces," Nadda tweeted.

Clearly, Nadda got the unit of measurement wrong. Instead of the '43,000 sq km' figure that the government claims was taken over by China over the past 60 years, Nadda seems to have referred to a figure larger than the circumference of the Earth. To put things in perspective, Earth's circumference is only 40,075 kms, while India measures 3,214 kms from north to south and 2,933 kms from east to west.

However, with Chinese incursions continuing at the border and both the Congress and the BJP busy taking potshots at each other, Twitterati were roasting Nadda for the gaffe.

This man is national president of BJP and his knowledge of geography . 43000 KM is almost entire earth.
Why BJP members are mostly uneducated and spread fake news ??#PadhnaLikhnaSeekho https://t.co/DE7Ogtjzhw

Naada ji, Congress must have done really bad. Imagine the distance between Karachi and Beijing is only 4860 km. So what must have been 43000 km. pic.twitter.com/tSI5hFaVQw

China will also have a good laugh seeing 43000 KM !
Good Nadda ji .. you deserve to be President of BJP , such men are required by Modi Shah for such posts !#SpeakUpForOurJawans https://t.co/JkwG4jCoX1

Meanwhile, the government's statement has given rise to more questions than answers. In March 2020, Minister of State for External Affairs V. Muralitharan stated in Parliament that 38,000 square kilometers of Ladakh was under Chinese occupation. The same figure is now 43,000 sq kms, as per the latest data released by the Centre at the all-party meeting last Friday. The Congress questioned if this meant that India has surrendered an additional 5,000 sq km to China during the current stand-off.