India gears up for aggressive Chinese presence on borders 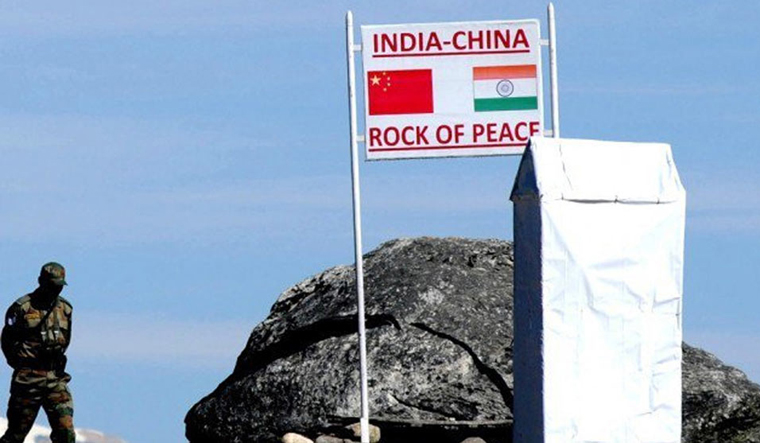 on May 9, both Indian and Chinese troops were involved in a brawl in Naku La in Sikkim, in which several injuries were reported on both sides | AFP

A week after the clashes between troops of Indian Army and Chinese People Liberation Army (PLA) on the border in Sikkim, security agencies are now apprehensive about huge presence of Chinese personnel and vehicles at Demchok sector of Ladakh region, which was normally used only for patrolling purpose. According to officials keeping a close watch on the development, close to 1,000 heavy vehicles were seen across Demchok along with presence of about 5,000 Chinese personnel including troops from the PLA. Moreover, the Chinese troops are believed to have set up some tents in Galwan Nalah area also, possibly to oversee the construction work. In response to Chinese build up, Indian Army has moved additional troops in the area to keep a close watch on the development.

"Massive build up at Demchok is possibly for some big construction activities. Normally, they (Chinese) come in the area only for patrol and move back. Last time the huge presence of Chinese was seen in Dokalam area in summers of 2017," an official in the security establishment said. Last year in July, Chinese soldiers came close to Indian side in Demchok area, when some locals were celebrating the birthday of Dalai Lama.

In 2017, Indian and Chinese troops were engaged in a 73 days standoff in Dokalam, a tri-junction between India, China and Bhutan. Eventually, after the National Security Advisor Ajit Doval had a high-level dialogue with Chinese authorities, the issue was resolved and both military disengaged from their positions.

"Chinese military do have the tendency to assert its claim on the LAC (Line of Actual Control). They are entitled to do whatever they do in their territory, but not in the 'disputed' area," the official added. Demchok sector is one of the 23 “disputed and sensitive areas” on the LAC, stretching from Arunachal Pradesh to Ladakh region. The other sensitive areas include Trig Heights, Dumchele, Chumar, Spanggur Gap and Pangong Tso in Ladakh, and Namkha Chu, Sumdorong Chu, Asaphila, Dichu, Yangtse, and Fish Tail-I and II in Dibang Valley in Arunachal. Barahoti, Kaurik and Shipki La are in the middle sector.

On May 5, Indian and Chinese troops were engaged in a face-off in the Pangong Tso area. Soon after the stand-off, Chinese military helicopters were seen close to the border. In response, Indian side also dispatched its frontline Sukhoi 30 fighter jets.

Shortly after the incident, Indian defence establishments denied of any border violation on either side. “SU-30MKI fighters were airborne in Ladakh on routine flying and weren't scrambled in response to Chinese People’s Liberation Army helicopters coming close to border during face-off with Army near Pangong Tso lake,” they said.

Four days later, on May 9, troops from both sides were involved in a brawl in Naku La in Sikkim, in which several injuries were reported on both sides.

Interestingly, Naku La does not figure in the disputed and sensitive areas that witness frequent transgressions and face-offs between both troops.

"First of all, Sikkim border with China is no longer disputed. So, there was hardly any incident of face-off. Aggressive patrol by Chinese troops in the area resulted in a brawl between the two sides. In a way, Chinese has reopened the debate of Sikkim border, which was already resolved," an officer, who has served in the area, said.

Meanwhile, the Indian Army claimed that temporary and short duration "face-offs" between the troops from both sides occur as the boundary issue remains unresolved. Troops themselves resolve such incidents mutually as per established protocols.

"Incidents of face-off and aggressive behaviour occur on LAC. Patrols disengage after local-level interaction and dialogue," said an official.