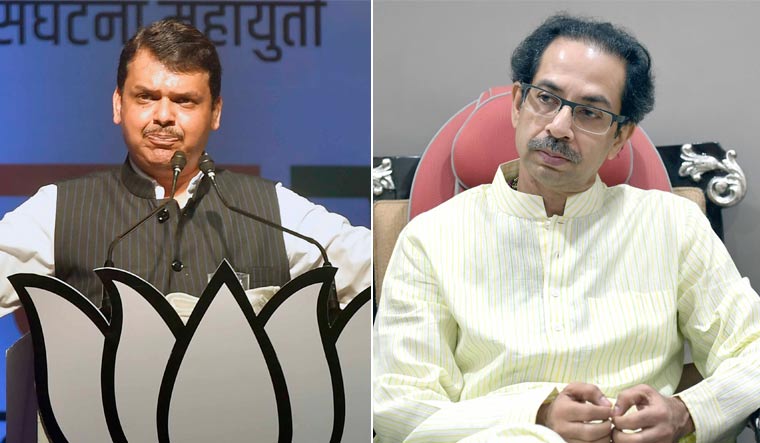 On April 16, three men from Kandivali in Mumbai were going in a car towards Surat in Gujarat to attend a funeral. Their vehicle was stopped near a village in Palghar. The three were dragged out of their car and beaten to death with sticks by a mob on suspicion that they were thieves. It was reportedly done in the presence of police officials at the site. The deceased were identified as Chikne Maharaj Kalpavrukshagiri (70), Sushilgiri Maharaj (35), and their car driver Nilesh Telgade (30). Even as the Akhil Bharatiya Akhara Parishad (ABAP) on Sunday condemned the killing of the men, two of whom were identified as Hindu seers, Maharashtra Home Minister Anil Deshmukh warned against giving any communal colour to the incident, as claims of involvement of members of a minority community in the incident started spreading on social media. Deshmukh said those who attacked and who died in the Palghar mob killings are not from different religions. "I have ordered Maharashtra police and @MahaCyber1 to take action against anyone instigating communal hatred in the society or on social media," he had said in a tweet.

Soon, a political blamegame evolved. Senior BJP leader Devendra Fadnavis on Sunday demanded a high-level probe. Attacking the Shiv Sena-led Maharashtra government, the former chief minister also raised questions over the role of local police in the context of the incident. "Palghar mob lynching is very cruel and a serious matter. It is more shocking to us the way police did not take any action against people gathering in the area with sticks," the leader of opposition said. "What can be more shameful than the way police handed over these people into the hands of a berserk mob and allowed them to take law into their hands," he said.

Vishwa Hindu Parishad national spokesperson Shriraj Nair called a it a barbaric incident and demanded a probe by the Central Bureau of Investigation, adding that it was a failure of the police. He also took a swipe at "activists and actors who are eager to pounce on issues of mob lynching when it comes to a particular community".

The ruling Congress in Maharashtra on Monday alleged that majority of the people arrested for the last week's mob lynching incident in Palghar district were members of the BJP. State Congress general secretary Sachin Sawant also accused the BJP of playing "communal politics". The saffron party has refuted the charge and reiterated its demand to probe the role of the police in the incident. "The village Divashi Gadchinchale is known as BJP bastion for last ten years including the post of village head. The current head is also from BJP. Most of the people arrested in the lynching incident are from BJP," Sawant tweeted. He also mentioned certain rumours of communal nature, saying a thorough probe is necessary into their circulation and connection to the lynching incident, if any.

In a video message, Maharashtra CM Uddhav Thackeray said he received a call on Monday from Amit Shah who himself said there is no communal angle to the Palghar mob lynching incident. "I have urged him to initiate action against those who are giving a communal twist to the Palghar mob lynching, which is factually incorrect. I also informed him that my government is definitely going to take action against the perpetrators," Thackeray said. The chief minister earlier said stern action will be taken against those involved in the lynching of the three men. "Nobody guilty in this heinous crime and shameful act will be spared and they will be brought to justice in the strongest way possible," he added.

Palghar Collector Dr Kailas Shinde earlier said the role of police on the day of the incident was being probed, and it was also being examined how the three men travelled from Mumbai during the lockdown. Following the probe, Palghar Superintendent of Police Gaurav Singh ordered suspension of Kasa police station's assistant police inspector Anandrao Kale and sub-inspector Sudhir Katare for alleged dereliction of duty, a police source said. The Kasa police have registered three FIRs in connection with the incident and arrested 101 people, who have been remanded in police custody till April 30, a police spokesperson said. Nine juveniles have also been taken into custody and sent to a remand home at Bhiwandi in neighbouring Thane district, he said.