MP now has third-highest number of positive cases in India after Maharashtra, Delhi 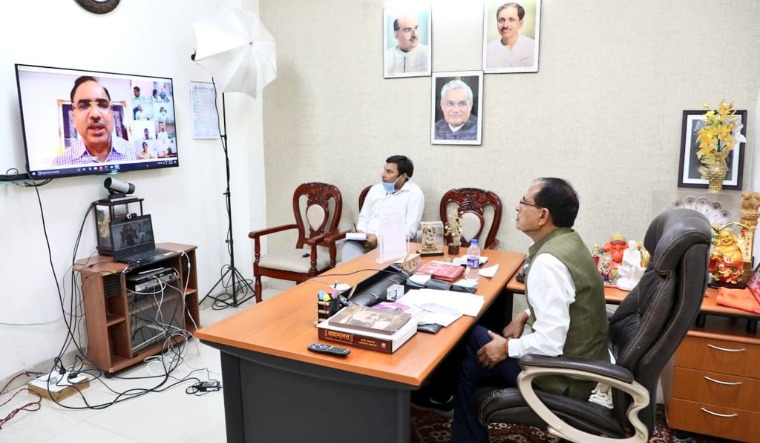 The COVID-19 scenario in Indore—the biggest hotspot of Madhya Pradesh—is getting scarier by the day. On Thursday, the district reported 256 fresh cases—244 of local persons and 12 of those from other states quarantined in Indore—taking the tally of positive cases to 842.

In addition, Indore reported eight deaths on Thursday, taking the toll to 47, the chief medical and health officer (CMHO), Dr Praveen Jadia, confirmed late on Thursday night. This is second-highest number of deaths from COVID-19 among cities of the country behind Mumbai (117 deaths).

Though authorities had anticipated a jump in the number of cases after almost 1,000 samples were sent out to Delhi for testing on the weekend, the figures that have come are still shocking.

The surge in cases and deaths in Indore have also spiked the tally of Madhya Pradesh as a whole sharply, with the state now having 1,299 positive cases—the third highest in the country after Maharashtra (3,202) and Delhi (1,640) as on Thursday night.

Similarly, the death toll in Madhya Pradesh on Friday was at 63, only behind Maharashtra where 194 deaths have been reported.

The scarier part is that the positive cases in Maharashtra have been reported after 50,000 and 30,000 odd tests, respectively, while the Madhya Pradesh figures are out of only 10,000 odd tests as on April 16.

Public health activists are apprehensive that numbers in Madhya Pradesh might show huge increase when the number of tests go up to the level of other states.

“Government should now focus on regional-level planning and it is important to increase the manpower and infrastructure at district level also. Government should also release the data of survey already going on at household level,” the JSA has said in a media statement.

Meanwhile, Chief Minister Shivraj Singh Chouhan reviewed the situation in Indore through videoconferencing on Thursday evening and expressed confidence that the battle of COVID-19 will be won and Indore will become a model in the country by reversing the situation.

The chief minister directed the officials to continue working on the strategy of “identify, isolate, test and treat (IITT)”.

During the review, Indore officials informed that in Indore, 2,100 tests per million population was being conducted against the average 200 per million testing in the state. In all, 5,120 samples had been collected in Indore, of which 1,000 were sent to Delhi for testing.