The accused said they had gotten instigated by WhatsApp messages 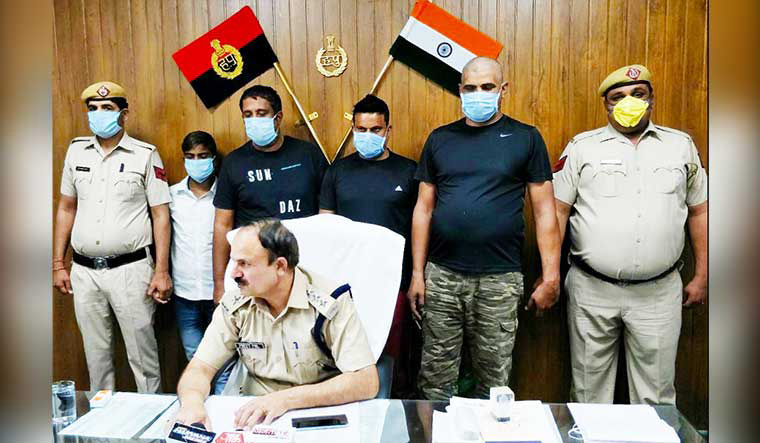 The Gurugram police today nabbed four local men for allegedly firing at a mosque in Dhankot village yesterday. The police had got a tip off about the accused hiding in the Haryana Shehri Vikas Pradhikaran (HSVP) water plant on Basai road and conducted a raid, nabbing them.

The accused confessed to the police, saying they were angry at “Jamaatis” for reportedly spreading COVID-19 and wanted to drive them out of this mosque. The police had evacuated the mosque of a group of Tablighi Jamaat members five days earlier, quarantining them, as part of a series of raids across the state.

The accused were identified as Vinod (40), Pawan alias Fighter (41), Aalam Khan (39), and Harkesh (18). They claimed that they wanted to save the city from further COVID-19 transmission and had thus gone to check if any more “Jamaatis” were still in the mosque.

They said they tried opening the gates but, upon failing to do so, they fired at it. They claimed that they had got scared and panicked owing to various WhatsApp messages doing the rounds about 'Jamaatis' from mosque planning to contaminate entire city. All four were produced in duty magistrate court and sent into judicial custody.

"The accused revealed that they were sitting and discussing about COVID-19 and found many posts about Tablighi on social media including that about evacuation of few men from Dhankot mosque. Instigated, they decided to take matters in their hands and raid [the] mosque and check if any more Jamaatis were being harboured. They banged the gates and tried to break it open but when failed fired twice and fled. All four were sent in judicial custody today", said Preet Pal Singh Sangwan, ACP, Crime.