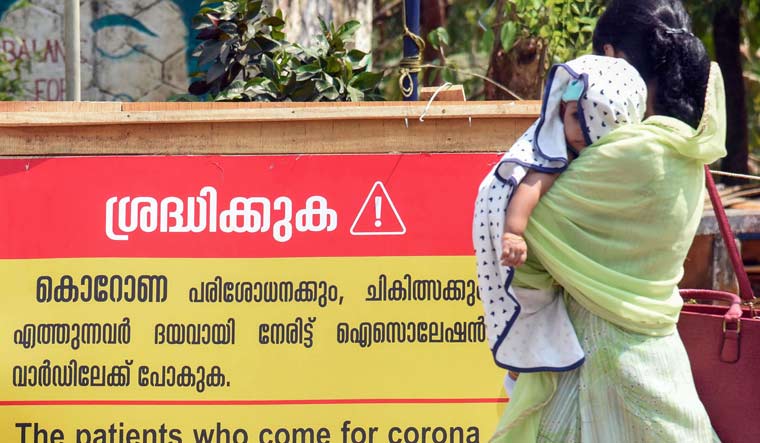 The steady spread of coronavirus in the country has been attributed by Chakrapani Maharaj to the public eating of chicken by ministers.

On February 29, three ministers of the Telangana government had eaten chicken and eggs on a public stage in a bid to dispel fears that the eating of the said food items was leading to the spread of the virus. It was an event organized National Egg Coordination Committee as the poultry industry in the country has seen a major dip in demand. Social media has blamed chicken and eggs for the spread of the disease.

Chakrapani Maharaj, who heads a Hindutva outfit called the All India Hindu Mahasabha, said that the ministers’ act of eating chicken and eggs publicly was like an open dare to the force of the virus. “It is after this act that the virus has started to spread rapidly”, said Chakrapani.

According to the Centre for Diseases Control and Prevention, this particular strain of the virus, COVID-19 is spread between people who are in close contact with one another (within about 6 feet) and through respiratory droplets produced when an infected person coughs or sneezes. These droplets can land in the mouths or noses of people who are nearby or possibly be inhaled into the lungs.

The act of atonement for eating chicken publicly can halt the spread of the virus according to Chakrapani. “The offending ministers should seek forgiveness from the coronavirus and take an oath to protect all living beings or there will be a disaster”, he told THE WEEK.

Chakrapani has suggested another way to fight off the virus— by putting a clove in mouth after offering it to God. “A small packet of camphor should also be always carried on one’s body as a preventive measure”, he said.

Camphor is known to have some health benefits such as reduction of eczema and easing of joint pains. Clove has curative properties for upset stomachs, hernia, and bad breath among others.

The Hindu Mahasabha is also organizing gau mutra (cow urine) parties along the lines of tea parties to save people from the virus. These parties are to be open to all genders and religious faiths. People will be served cow urine, made to take in vapours from the burning of cow dung and served sweets made of cow milk. Chakrapani said, “My team is speaking to in charges of cow protection centres across the country and we hope to involve them in this mission. Unless this is tackled immediately, this will turn into a catastrophe”.

Though there is scant scientific evidence of the benefits of cow urine, as a study uploaded on the website of the National Center for Biotechnology Information points out, cow urine has antimicrobial, immunity-boosting and antioxidant properties.