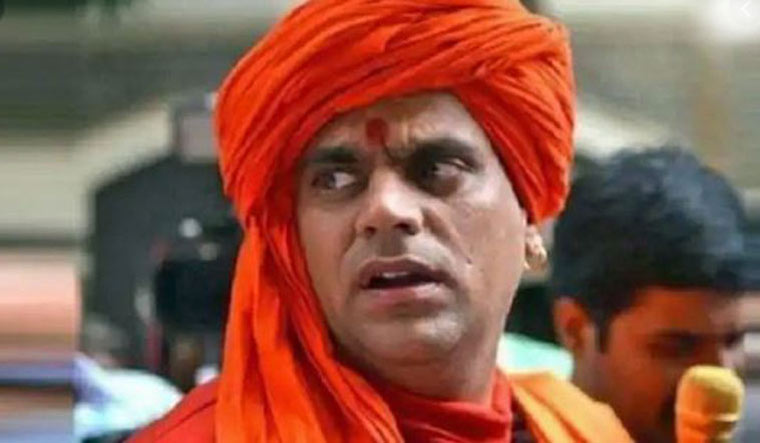 A completely home-grown cure for the coronavirus is being propagated by a Hindutva group which has garnered attention of late.

The cure— propagated by Chakrapani Maharaj, national president of the Akhil Bharti Hindu Mahasabha calls for a ban on beef sale throughout the country with immediate effect. “All slaughter-houses must be immediately shut down and in fact, meat of all kind should be avoided”, he said.

The other components of the ‘cure’ consist of the burning of gum resin (loban) set on cow dung. The gum resin must come from the Indian bdellium tree (common names include gugal, gugul, or Mukul myrrh).

"The ensuing smoke from this process should be spread through every room of one’s home with chants of 'Om Namah Shivay', the Gayatri Mantra or the Mahamritunjaya chant," he added.

Loban is known for its medical fumigation properties. However, Chakrapani is propagating its use for the killing of ‘negative bacteria’. “Its fragrance will ensure positive energy in homes”, he said.

He further adds that instead of lighting incense sticks at homes, Hindus must convert to lighting loban. In addition, the must conduct havan (offering of prayers in front of a fire) regularly.

“I am already performing havans for the well being of the country. This will save the entire world”, he told THE WEEK.

Havans have been scientifically proven to be a simple way of administering drugs- through smoke taken in through the nostrils if the wood used for the ritual is mixed with odoriferous and medicinal herbs. This study, titled, 'Is There Any Scientific Basis of Hawan to be used in Epilepsy-Prevention/Cure?' by the National Center for Biotechnology Information for instance says ‘The sublimated vital elements and herbal medicines inhaled in Yagya first reach the brain, followed by lungs and other subtle components of the body. Thus, it has a direct healing effect on brain born diseases and complexities'.

Chakrapani has also offered that actor Rishi Kapoor’s recent bout of bad health was brought about by beef-eating.

He had also tweeted, “The coronavirus is the result of the sin of killing and eating animals. People should drink cow urine and plaster their homes with cow dung. They must also chant ‘Om Namah Shivay’ and perform yagyas to repent for their sins, and take a vow to protect animals.”

“Followers of different religions must perform these acts as per their tenets. But the protection of animals should be universally done. Simple acts such as offering animals food should become routine”, he said.

Chakrapani told THE WEEK that cow dung had such powerful properties that people could also benefit by just putting a tilak of it on their foreheads.

The Akhil Bharti Hindu Mahasabha has in the news lately for declaring that it would honour the man who shot at a student of the Jamia Millia University last Thursday. On Monday, UP’s state working president of the body had been shot dead while out in his morning walk.