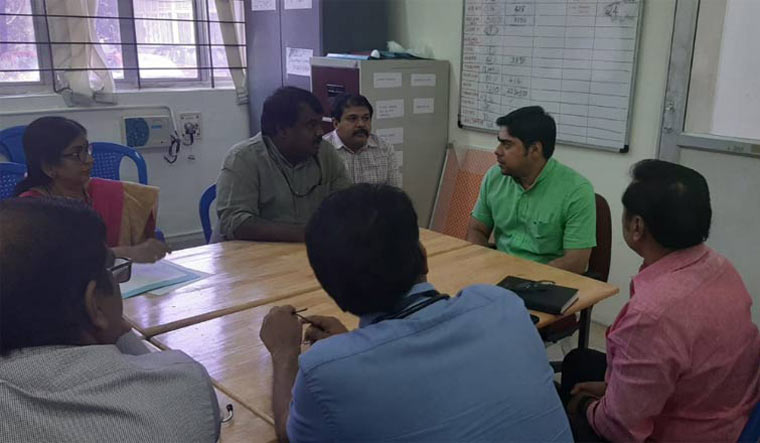 A man admitted to the Government Medical College Hospital at Kalamassery in Kerala’s Ernakulam district with symptoms of novel coronavirus died on Saturday a day after he tested negative for it.

Jainesh, 36, who had been working in Malaysia for two-and-a-half years, had landed at the Cochin International Airport on Thursday midnight and was admitted to the isolation ward around 1am on Friday as he was seen coughing and exhausted.

A check revealed the Kannur native had breathlessness and pneumonia. A detailed examination showed that he also suffered from ketoacidosis, a life-threatening problem generally faced by people with diabetes.

His body fluids were tested at the Virology Institute in Alappuzha for H1N1 and COVID-19. However, he succumbed even as the result of the second sample was awaited. He had tested negative for coronavirus infection on Friday.

Ernakulam District Collector S. Suhas held an emergency meet at the Medical College on Friday after Jainesh was admitted to the isolation ward.

Suhas also visited the isolation ward and took stock of the situation. The collector later said that all precautionary measures have been taken to face any emergency situation.

Meanwhile, 17 more people have been put under observation in Ernakulam district over fears of coronavirus infection, though eight people have been freed of the precautionary scrutiny. Five samples were sent to the Alappuzha lab on Friday.

Twenty-eight people have been quarantined at home in the district. Awareness classes are still being held in the district as part of the precautionary measures. Special classes were conducted for students at Aluva and for the public at Moothakunnam.