Delhi violence: AAP suspends Tahir Hussain after he was booked for murder, arson 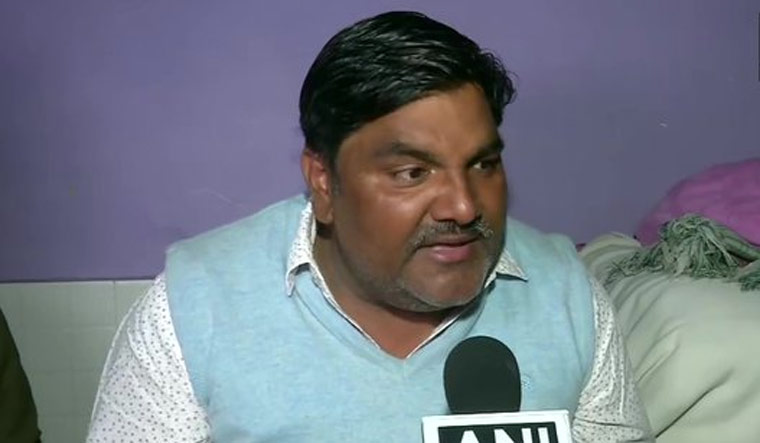 Aam Admi Party leader Tahir Hussain, accused of having role in the murder of Intelligence Bureau (IB) staffer Ankit Sharma, was booked by Delhi Police on Thursday on charges of murder, arson and violence. Soon after the police action, the AAP suspended Hussain from the party.

Sharma, who went missing on Tuesday, was allegedly attacked and beaten to death by a violent mob on his way home. His body was found in the next morning in a drain near his home in Jaffrabad.

Sharma's family had accused Hussain of being behind the killing. They had also alleged that a few people who were pelting stones from the building belonging to Hussain in Chand Bagh, had killed Sharma.

According to reports, the FIR was registered against Hussain under Section 302 IPC at Dayalpur police station. The AAP councilor was named in the 'Details' section of the FIR.

AAP sources said Hussain was suspended from the primary membership of the party till completion of probe.

Though there was no immediate reaction from the AAP on the allegations against Hussain, party supremo and Delhi Chief Minister Arvind Kejriwal on Thursday said no one should be spared if they were responsible for violence.

"No one, be it any party, should be spared if they are responsible for inciting violence. If anyone from AAP is found guilty, they should get double punishment," Kejriwal said, while addressing a press meet in New Delhi.

Sharma, one of the 34 people killed in the communal violence over the citizenship amendment law, is survived by his parents, brother and sister. He joined the service in 2017.

In a video message on Thursday, Hussain dismissed the allegations against him and called it a political foul play.

Over 200 people have been injured in the communal clashes that broke out in northeast Delhi three days ago after violence between anti and pro CAA groups spiralled out of control.