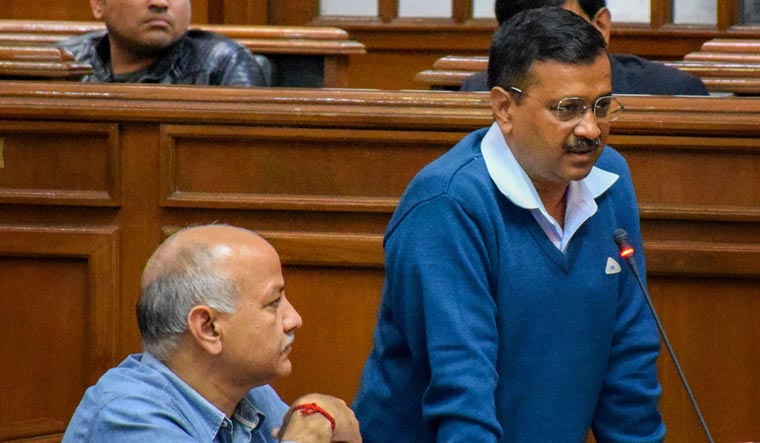 Responding to queries on the alleged involvement of Aam Admi Party councillor Tahir Hussain in the killing of Intelligence Bureau (IB) officer Ankit Sharma, Delhi Chief Minister Arvind Kejriwal on Thursday said no one should be spared if they were responsible for violence.

"No one, be it any party, should be spared if they are responsible for inciting violence. If anyone from AAP is found guilty, they should get double punishment," Kejriwal said, while addressing a press meet in New Delhi.

Sharma was allegedly attacked and beaten to death by a violent mob on his way home on Tuesday. His body was found in the next morning in a drain near his home in Jaffrabad. Sharma's family had accused Hussain of being behind the killing.

Thirty-four people were killed and over 200 injured in the communal clashes that broke out in northeast Delhi three days ago after violence between anti and pro Citizenship (Amendment) Act groups spiralled out of control.

Kejriwal said the Delhi government would bear expenses of treatment of those injured in the violence and admitted to private hospitals in the national capital.

The state government would give Rs 10 lakh to the families of those killed in violence and Rs 2 lakh to those seriously injured, he said.

The chief minister further said that the government would set up special camps for people to get back their documents burnt during arson and violence.