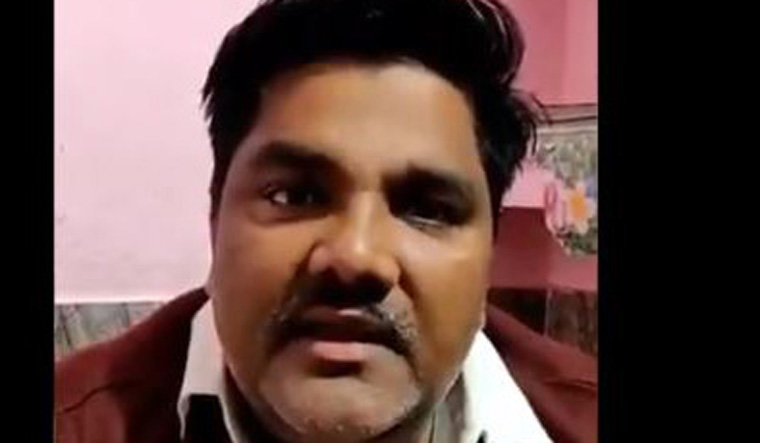 AAP leader Tahir Hussain, who was accused by the family of murdered IB staffer Ankit Sharma, has come out with a video defending himself against the allegations. The video was shared by AAP leader Ankit Lal.

#AAP councillor Tahir Hussain was rescued by @DCPNEastDelhi Ved Prakash Surya on 24th February after a mob attacked his home.

Here's what Tahir has to say.

Do listen and out this as a slap on every BJP thug trying to blame someone who is himself a victim of the riots.

Sharma was, on Wednesday found dead in a drain in northeast Delhi's riot-hit Chand Bagh area where he lived. The family alleged that the local AAP councillor (Hussain) and his associates were behind the killing of Ankit. However, there was no immediate reaction from the AAP on the allegation. On Tuesday evening, mobs roamed Chand Bagh and other areas, pelting stones and setting property on fire. Sharma, one of the 27 killed in the communal violence over the citizenship amendment law, is survived by his parents, brother and sister. He joined the service in 2017.

In his video, Hussain said the reports claiming his involvement in the incident were false. "This is political foul play. My house was surrounded by a mob, and I called the police who came in only a few hours later. I don't have hatred for anyone," he said.