How Supreme Court put women in 'command' in Indian Army 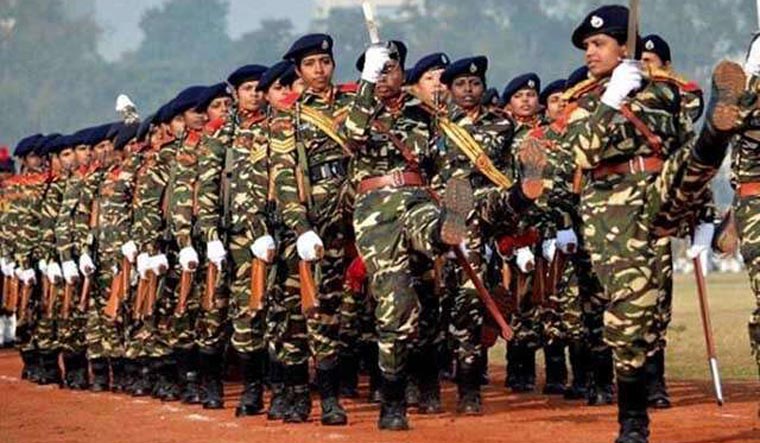 Supreme Court's path-breaking judgment, asking the Centre to grant Permanent Commission (PC) to women officers in the Army, regardless of the years of service and calling the absolute exclusion of women from command appointments 'illegal', paves the way for the women officers to rise up to the level of Commanding Officer.

However, a senior defence official maintained that PC has already been granted to women officers in many areas and the Supreme Court’s verdict on the matter is for those who joined the service before the permanent commission was given.

The apex court, however, did not touch upon the issue of giving combat role to the women.

In 2010, the Delhi High Court had ruled that short service commissioned women officers in the Army and Air Force should be granted PC. But the Union government challenged the judgment and approached the Supreme Court. As the apex court was occupied with other important cases like the Ayodhya dispute, the women officers' case could not come up for hearing for several months.

On Monday, while stating that Centre’s reply on the matter violated principles of equality, the Supreme Court said, "Centre waited for nine years before coming out with a notification in 2019 allowing permanent commission to women in eight streams. The Centre’s policy decision of 2019 recognises that physiological features have no role in allowing permanent commissions to women officers.”

The Army started inducting women officers under special entry scheme from 1993 and then converted it into Short Service Commission. In 2008, PC was extended to women in streams of Judge Advocate General (JAG) and Army Education Corps.

A fortnight ago, the Union government made a submission before the court regarding the appointment of women officers as commanders of units. Union government argued that it would have its own peculiar dynamics, as units are composed entirely of male soldiers drawn predominantly from a rural background. Such units, the note said, are not “mentally schooled to accept women officers in command of units”.

"Despite policy decision, the Centre submitted a note to the Supreme Court which perpetuates sex stereotypes. Arguments by the Centre founded on physical strength of men and women and grounds of motherhood, family etc violates equality,” Supreme Court said, while adding that the lines of submission are disturbing.

On the issue of giving combat role to the women, the Union government said that it is best to keep women away from direct combat since capture of a woman officer or soldier as a prisoner of war would lead to a situation of extreme mental, physical and psychological stress for the captured individual and the government.

Meanwhile, providing more opportunities to women, the Indian Army is training 100 shortlisted women to join the Corps of Military Police. Till date, women were being inducted only as officers and this is the first time they will be joining the Army as soldiers.