British lawmaker Debbie Abrahams was deported from India on February 17 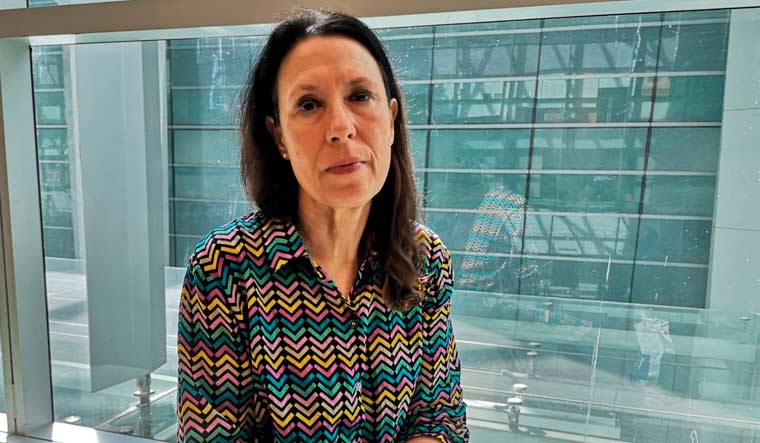 The curious case of British Labour MP Debbie Abrahams being denied entry into India isn’t just New Delhi’s reaction to her criticism of revocation of Article 370 in Kashmir. Debbie’s profile raises a red flag with Indian intelligence agencies who have reasons to believe that she has links with individual/outfits working for Pakistan’s ISI.

According to intelligence agencies, the ISI has been in contact with Debbie through Raja Najabat Hussain who is the chairman of JK Self Determination Movement International (JKSDMI). The Indian agencies suspect JKSDMI to be an ISI-funded organisation. According to intelligence officials, Hussain has been coordinating with Debbie on many occasions and the Pakistan spy agency, through Hussain, has been supporting activities of UK Parliament's All Party Parliamentary Group for Kashmir, headed by Debbie.

The Indian intelligence agencies, meanwhile, have information about Debbie’s likely visit to Pakistan on February 19 from Dubai after her India visit. “The ISI was planning to use her India trip for propaganda purposes by saying that she met Kashmiris who are being victimised,” said an intelligence official. It is learnt that she would be accompanied by one staff member Harpreet Uppal.

On September 3, 2019, British Parliamentarians, led by Debbie, presented the JKSDMI Kashmir Petition in London where its chairman Raja Najabat Hussain was present.

Later, on December 15, leaders of the All Parties Hurriyat Conference-Azad Jammu and Kashmir (APHC-AJK) chapter, Syed Aijaz Rehmani and Abdul Hameed Lone, met Debbie and apprised her of the grim human rights situation in “India occupied Kashmir”. Hussain was again present in the meeting. The leaders asked her to visit both sides of the Line of Control, especially occupied Kashmir, to meet the people. Debbie is learnt to have assured her personal support as well as of her group for the self-determination of Kashmiris and efforts to help stop human rights violations in Kashmir. Hussain is learnt to have thanked Debbie for working closely with the JKSDMI team.

The intelligence agencies have inputs to suggest that her travel, stay and logistics in Pakistan is allegedly taken care of by the Pakistan government.

Following her deportation from New Delhi, intelligence inputs revealed that the Pakistan government was keen to offer her stay as a state guest, as a morale booster.

Debbie, however, has expressed shock and surprise at her Indian visa being denied. In a tweet, she has asked, "Once again the key questions are why was it revoked & when? Again, for clarity, I am PRO human rights and social justice. I will always speak up for people who are not afforded these rights including Kashmiris on both sides of the line of control. Very disappointing that a friend can't respectfully criticise another friend. Isn't this the sign of a healthy democracy?"

However, government sources said Debbie’s independent criticism would not have been a problem. But the inputs suggesting the ISI was using her for anti-India propaganda brought national security considerations into play and did not go in her favour.