They sprinkled 'Gangajal' on the statue amid chants of "Jai Bhim" 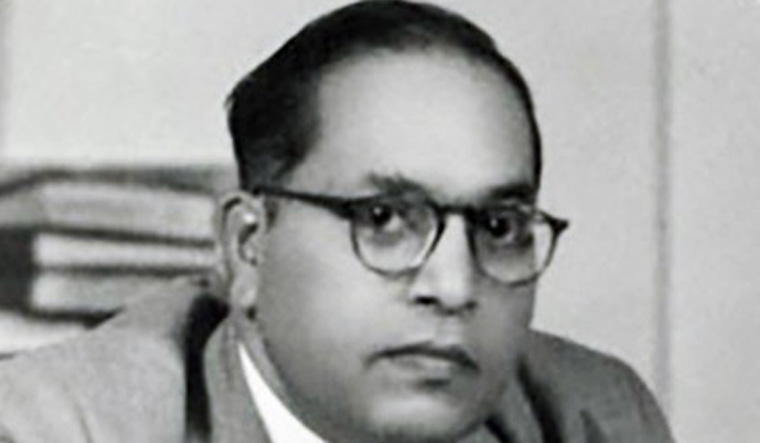 A statue of B.R. Ambedkar in Begusarai of Bihar was "purified" with Gangajal on Saturday by some CPI and RJD activists who alleged that it had been "defiled" by Giriraj Singh, Union minister and local BJP MP known for his hardline hindutva views.

The incident happened at a park named after the architect of the Constitution in the Ballia block of the district where Singh had gone on Friday and garlanded the statue before addressing a rally in support of the Citizenship Amendment Act.

Around 24 hours later, local CPI leader Sanoj Saroj and RJD's Vikas Paswan and Rup Narayan Paswan, who have been staging an anti-CAA demonstration nearby for close to a fortnight, arrived with a bucket full of water drawn from the holy river.

They began with sprinkling 'Gangajal' on the statue amid chants of "Jai Bhim" and slogans in praise of "Phule" (19th-century social reformer couple Jyotiba and Savitribai) before washing the sculpture thoroughly.

They also shot a video of it and shared it on social media. In the video clip, they can be heard saying that "Giriraj Singh polluted the atmosphere when he came here yesterday and said, in his speech, that Ballia has become mini Pakistan".

Charging the Union minister with being a proponent of "Manuvaad" (upper caste hegemony), the protesters alleged that Singh stood for everything that Ambedkar had fought against and therefore his garlanding of the statue was tantamount to "defiling it".

The BJP MP was not available for comments as he has reportedly left for the national capital.

However, district BJP president Raj Kishor Singh took umbrage and said "in the name of opposing CAA, these people are trying to create an atmosphere that is reminiscent of the pre-Partition 1947 cauldron".

"This will not be tolerated. Ambedkar has been an ideal for all sections of society and nobody has a monopoly over him. The nation will not tolerate such antics," he added.

Politics in Bihar, where assembly polls are due in less than a year, has been on the boil since the contentious legislation came into force. The state has witnessed more than one shutdown, besides a flurry of local, round-the-clock vigils with sizeable participation of women, reminding people of the Shaheen Bagh protests in Delhi.

Meanwhile, many people watched the "purification" episode with a sense of bemusement and recalled that such "shuddhikaran" ceremonies are usually held by Sangh Parivar loyalists to berate detractors.

They recalled that CPI leader Kanhaiya Kumar, who made an unsuccessful poll debut against Giriraj Singh in the Lok Sabha polls last year, was similarly belittled in Darbhanga when the spot where he had stood to address a rally as part of his state-wide drive against the CAA was washed by ABVP supporters.

"It appears that the Sangh Parivar people have started getting a taste of their own medicine," said a CPI leader who did not wish to be named.