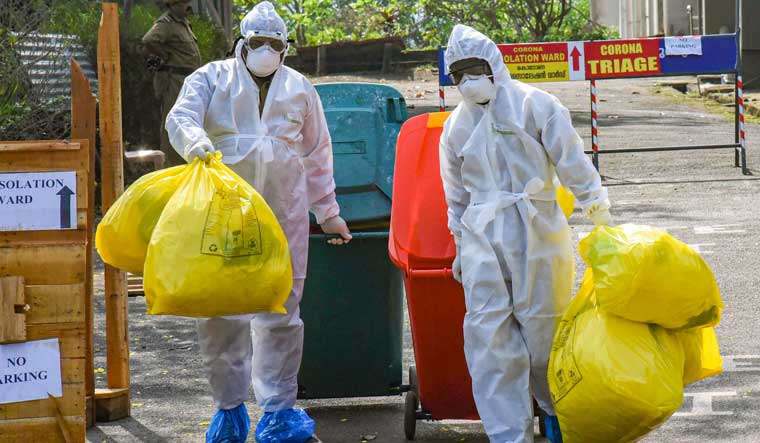 The latest test results of India's first coronavirus patient, admitted to a hospital in Kerala's Thrissur district, reveal that she is recovering.

The Kerala government on Sunday announced the test results of the medical student from Wuhan who had tested positive for coronavirus on January 30. The patient tested negative in the fifth sample sent for testing. The results of another sample sent for testing on February 8 is yet to arrive. If tested negative, the patient, who is currently in the isolation ward of the Government Medical College Hospital in Thrissur district, will be permitted to leave the hospital.

Meanwhile, the Kerala government confirmed that over 3,000 people are still under observation in the state. The government has withdrawn the 'state calamity' warning in the wake of the novel coronavirus (nCov) scare.

Of the 3,114 people under watch, 3,099 are under home quarantine and 45 in hospitals as they had minor symptoms of the virus, state Health Minister K.K. Shailaja said.

"Till now, 330 samples have been sent for testing to the National Institute of Virology in Pune, of which 288 turned out to be negative. We are waiting for the rest of the results," the minister told reporters.

Though the 'state calamity' alert was withdrawn, the state has not lowered its guard and the 28-day quarantine period would continue, she said.

The Kerala government had on Friday withdrawn the 'state calamity' warning, saying no new positive cases of infection had been detected over the last few days.

The minister also said that two of the 72 people who had returned to the state from Wuhan, were from Tamil Nadu. "Those who come from the affected areas will still have to report to health officials and remain home quarantined," Shailaja said.

The state had on February 3 declared the novel coronavirus epidemic as a "state calamity" after a third student tested positive for the infection.