Stand-up comedian Kunal Kamra was suspended from flying by IndiGo and Air India on Tuesday after he allegedly heckled journalist Arnab Goswami aboard a Mumbai-Lucknow plane of the private airline.

While IndiGo suspended Kamra from flying with it for a period of six months, Air India banned him until further notice. Aviation Minister Hardeep Singh Puri took notice of the incident and "advised" other airlines in India to impose similar restrictions on Kamra, stating "offensive behaviour designed to provoke &amp; create disturbance inside an aircraft is absolutely unacceptable &amp; endangers safety of air travellers".

We are left with no option but to advise other airlines to impose similar restrictions on the person concerned. https://t.co/UHKKZfdTVS

Following the minister's remarks, Vistara said it will "review and follow due process in such cases".

Kamra allegedly heckled Goswami, the editor of Republic TV, on IndiGo's Mumbai-Lucknow (6E5317) flight on Tuesday. Kamra took to Twitter to share the video of the entire episode. In the video, the anchor can be seen trying to avoid Kamra even as the comic continues to pose him a few questions and call him a “coward” repeatedly.

“First he called me mentally unstable, then he is saying I am watching something,” Kamra is heard saying, adding, “ he [Goswami] is not ready to answer my question". “Viewers today wants to know if Arnab is a coward or a nationalist,” the comic questions the journalist, parodying the latter's own style of questioning his panelists in his popular news show. 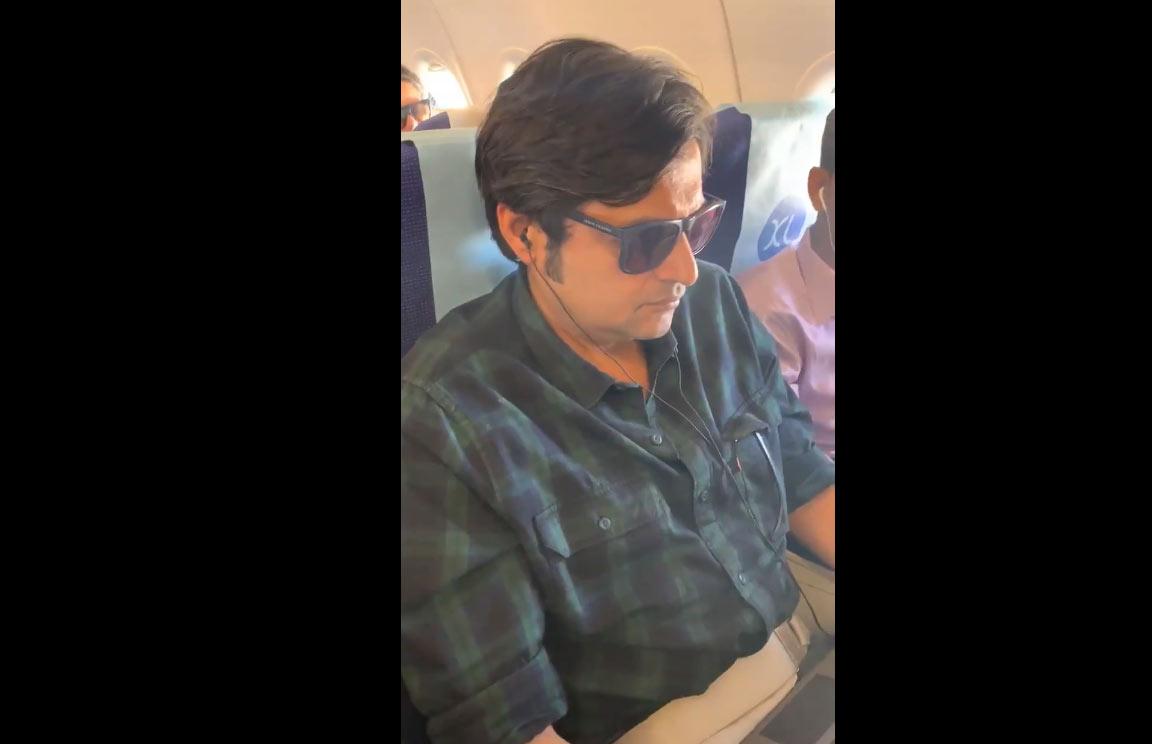 "I am part of the tukde-tukde narrative. You should deflate me. You should take enemies of the state down. You should make sure the country is in safe hands," the comic is heard saying, even as the journalist continues to remain silent.

“Are you a coward or are you a nationalist,” the comic continues to ask him. Further, Kamra says he wanted to have a polite conversation with the journalist, but adds that Goswami does not “deserve” his politeness. "This is for Rohith Vemula's mother whose caste you were discussing on your show," the comic is heard saying. Even as he continues to taunt the journalist for more than a minute, none of the co-passengers are seen interfering.

IndiGo tweeted: "In light of the recent incident on board 6E 5317 from Mumbai to Lucknow, we wish to inform that we are suspending Mr Kunal Kamra from flying with IndiGo for a period of six months, as his conduct onboard was unacceptable behaviour."

@MoCA_GoI @HardeepSPuri In light of the recent incident on board 6E 5317 from Mumbai to Lucknow, we wish to inform that we are suspending Mr. Kunal Kamra from flying with IndiGo for a period of six months, as his conduct onboard was unacceptable behaviour. 1/2

"Hereby, we wish to advise our passengers to refrain from indulging in personal slander whilst onboard, as this can potentially compromise the safety of fellow passengers," it added.

Queries sent by PTI to three Indian airlines—AirAsia India, SpiceJet and GoAir—on whether they are taking similar action against Kamra remained unanswered. A Vistara spokesperson told PTI, "Vistara stands firm with its zero-tolerance policy against any behaviour or act that compromises the safety, security and dignity of its customers and staff. We will review and follow due process in such cases".

In a statement, Air India said,"In view of the incident onboard @IndiGo6E, Air India wishes to inform that conduct of Person concerned is unacceptable.With a view to discourage such behaviour onboard flts, Mr Kunal Kamra is suspended from flying on any Air India flt until further notice". On IndiGo's decision to suspend him for six months, Kamra said on Twitter, "Thank you IndiGo. A six month suspension is honestly very kind of you. Modiji might be suspending Air India forever".

Senior Congress leader Shashi Tharoor also weighed in on the video and said, "The truth is that it was time someone gave him (Goswami) a taste of his own medicine". "These are the words he regularly uses to berate his innocent victims, except he does so in a hectoring, bullying manner & at higher volume & pitch than Kunal Kamra does in this video," Tharoor tweeted.

When a Twitter user alleged that Tharoor was endorsing public heckling and forced debates, he responded by saying, "On the contrary: I deplore & condemn what was done to me & therefore approve of teaching the incorrigible what it feels like to be treated that way."

"His [Goswami's] goons, armed with cameras and mics as their weapons, have done exactly the same thing to me, in almost exactly the same words, on two separate flights until asked to desist by air crew," Tharoor alleged.