Explainer: Why Jagan Reddy wants to abolish the legislative council in Andhra Pradesh

CM Jagan is seeking to undo the action of his late father Y.S. Rajasekhara Reddy 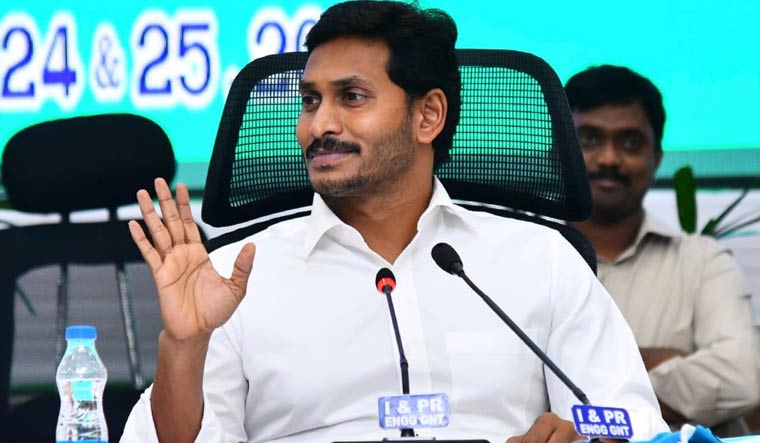 The Andhra Pradesh assembly on Monday passed a statutory resolution seeking to abolish the state legislative council, days after the YSRCP government failed to get two crucial bills on its plans to have three capitals cleared by the opposition TDP-dominated upper house.

All 133 members present in the 175-member House, when the division vote was taken at 6pm, voted in favour, and the resolution under Article 169(1) of the Constitution was adopted unanimously. Article 169(1) provides for the abolition of the legislative council of a state, or for the creation of such a council, if the legislative assembly of the state passes a resolution to that effect by a majority of not less than two-thirds of the members present and voting.

By moving for the council's abolition, Chief Minister Jagan Mohan Reddy was seeking to undo the action of his late father Y.S. Rajasekhara Reddy who, as the then chief minister of erstwhile united Andhra Pradesh, got the upper house revived in March 2007. The chief minister, who moved the one-line resolution in the assembly amid a boycott by the Telugu Desam Party (TDP) and hours after the state cabinet cleared the measure, said he was feeling proud over the decision to abolish the council and maintained it was taken "purely in public interest".

TDP chief and Leader of the Opposition in the assembly N. Chandrababu Naidu flayed the government for the move.

What is the state legislative council?

According to law, the legislative council cannot exceed more than a third of the total membership of the assembly, and must always consist of no less than 40 members. One-third of its members are elected by assembly, another third by local body leaders, 1/12th by graduates and 1/12 th by an electorate of teachers. The rest are nominated by the governor.

While the purpose of the state legislative council is to ensure checks and balances on the elected assembly powers, more often than not, it is faced with the accusation of creating executive logjam.

The Andhra Pradesh legislative council, with 58 members, was first abolished in 1985 when the TDP government, headed by its founder N.T. Rama Rao, was in power. Though Rajiv Gandhi was then prime minister, and the Congress enjoyed a clear majority in the state legislative council then, he obliged NTR in its abolition. It was revived in March 2007 by Y.S. Rajasekhara Reddy.

In Tamil Nadu, AIADMK supremo M.G. Ramachandran first abolished the council, which the DMK brought back for a brief instant, before it was abolished again by the late J. Jayalalithaa.

Why is it being abolished in Andhra Pradesh?

With just nine members, the ruling YSRCP is in minority in the 58-member legislative council. The opposition TDP has an upper hand with 28 members. Jagan can get a majority in the house only in 2021, when a number of opposition members will retire at the end of their six-year term.

The YSRCP is enraged after three of its crucial bills are stuck in the state legislative council. The AP Decentralisation and Inclusive Development of All Regions Bill, 2020, and the APCRDA (Repeal) Bill—which, in essence, will help Jagan establish three capitals in the state—were referred to a select committee at the insistence of the TDP. The opposition was also blocking, according to the YSRCP, two bills related to creation of a separate commission for Scheduled Castes (SC),  and conversion of all government schools into English medium.

TDP boycotted the days proceedings in the assembly, protesting the governments decision to abolish the council.

The government, in assembly, played a video clip of Chandrababu Naidu vehemently opposing the revival of the council when the then Y.S. Rajasekhara Reddy government moved a resolution in the assembly in July 2004. Naidu had then said: "Revival of the council is only for political rehabilitation of Congress workers. There is no use of it either for the people or the state... It will only delay the enactment of laws and result in wasteful expenditure of public money."

Jagan Reddy, who spoke on the resolution seeking abolition of the council, lashed out at the TDP for double-speak on the issue. Referring to history, he pointed out the constituent assembly that drafted the country's Constitution did not feel the need for a second house of a state legislature. "Had the constituent assembly felt the council was required, it would not have provided for its abolition. Only six out of 28 states in the country now had a legislative council. Our party will secure majority in the council next year. But we have decided to abolish it only in view of the people's needs and government's responsibilities," he asserted.

Quoting Martin Luther King, the chief minister said, "The time is always right to do what is right."