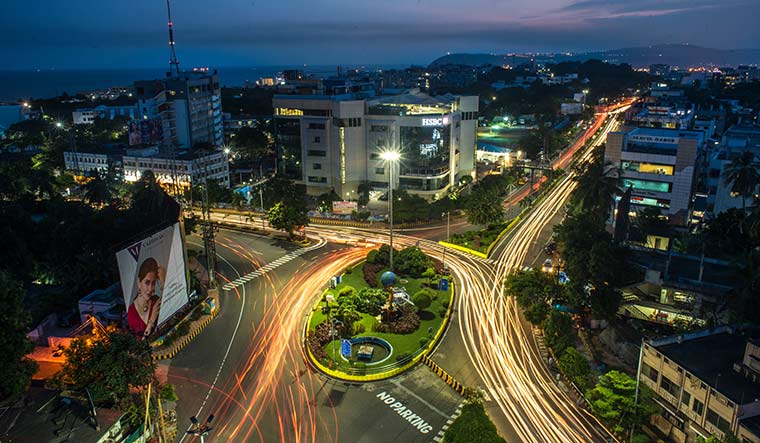 AN OLD PROPERTY on Luz Church Road in Mylapore, Chennai, has a special connection with the people of Rayalaseema. In 1937, leaders of Rayalaseema and coastal Andhra had met at this house—Sri Bagh in Mylapore—owned by a Telugu entrepreneur and editor. What transpired at the meeting came to be known as the Sri Bagh Pact, an agreement that explained why Rayalaseema got to choose the state capital then.

Now, when Kurnool, the gateway of Rayalaseema, is on the verge of becoming the state’s judicial capital, the people cannot but remember the Sri Bagh Pact. On January 20, the Andhra Pradesh cabinet cleared the proposal to create three state capitals—Amaravati (legislative), Kurnool (judicial) and Visakhapatnam (executive). The same day, the state assembly passed, amid heated debate, the Andhra Pradesh Decentralisation and Inclusive Development of All Regions Bill, 2020, and the Andhra Pradesh Capital Region Development Authority Repeal Bill, 2020, which are the first steps to creating the new capitals. The government green-lighted the idea based on the recommendations of an expert committee it had appointed—to look into the previous government’s capital plans—last year.

Kurnool, which is almost a three-hour drive from Hyderabad, has a rich political history. It was the capital of Andhra state before it was merged with India. Remnants of its glorious past can be seen in the current district court, which used to be the state assembly. 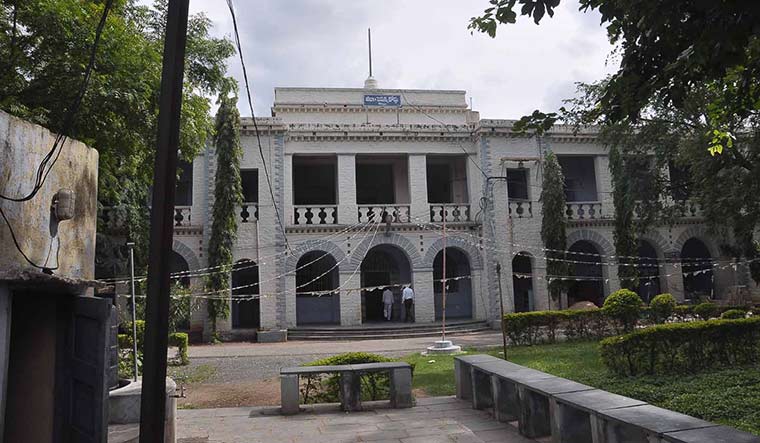 The district court building in Kurnool.

The latest announcement did bring cheer to the people of Kurnool, but many felt they could have gotten a better deal. “As per the Sri Bagh Pact, Rayalaseema has the choice to decide the capital of the Telugu-speaking region,” said Maruti Rao, who works in the state education department. “Going by that, we would want more importance to Kurnool as a capital. We support the decentralisation move of the new government, but this town has everything to be developed into a full-fledged capital.”

The lawyers of Kurnool are ecstatic that they will get a High Court. “There will be more lawyers and more business in Kurnool with this move,” said D. Srinivas, former president of the Kurnool Bar association.

Meanwhile, in Visakhapatnam, land rates have surged in the past month. In Rushikonda, which is near the Beach Road, prices have shot up from Rs30,000 to Rs50,000 per square yard. In places such as Madhurawada, Bheemili, Kapuluppada and Gajuwaka, prices have gone up by at least 20 per cent. It is evident that Visakhapatnam is going to be the next Amaravati. Apart from being a home to hundreds of secretariat employees, the chief minister and his cabinet, the city will also have a High Court bench and will hold the summer session of the assembly.

The secretariat premises in Amaravati.

“There is a huge inventory of residential apartments and houses in Visakhapatnam,” said B. Srinivas, president of the Visakhapatnam chapter of the Confederation of Real Estate Developers Association of India. “There are many hotels and guesthouses in the city and on the outskirts. It is a beautiful city with a lot of resources. Vizag is a good choice for a capital.”

However, the people of Visakhapatnam, who are known to be peaceful, feel that the new status would destroy peace and natural beauty of the area. Dr Somayajulu, a local medical practitioner and a follower of politics, summed it up thus: “A section of people are paranoid that there may be increased political domination followed by increased crime rate after Vizag becomes a capital. But there are other views also. The upper middle class and those owning properties and businesses are happy as it will be beneficial to them. Tho lower middle class and the poor are hopeful that there will be more jobs.”

The city has a large population from across the country working in a number of Central government institutions there, and thus has a cosmopolitan feel to it. The many beaches and scenic locations also pull in huge crowds every year. The third capital—Amaravati—presents a gloomy picture. Local farmers and politicians have been protesting for more than 30 days. They are opposing the state government’s move to alter the original grand plan former chief minister N. Chandrababu Naidu had put forth. While the ruling YSR Congress accused the Telugu Desam Party of orchestrating the protests, the latter has claimed that they are genuine. There has been friction between protesters and policemen.

One of the protesting farmers, 47-year-old N. Suryanarayana from Markapuram, had given one acre in 2015 for capital development. “A road has been built on my land,” he said. “Since it is clear that Amaravati is not going to be the main capital, what will be our future? I cannot get back my land. I am not even sure what this government will offer us. How can they shift the capital just like that?”

The current government’s decision to have multiple capitals has economic and political reasons. By its own estimates, the government says another one lakh crore needs to be invested to build the city that Naidu had envisioned.

Also, with its latest plan, the state government would have to make minuscule investments. In Orvakal, on the outskirts of Kurnool, the state owns thousands of acres, where a High Court could be built. There are ready-to-occupy buildings in Rushikonda; one such property is Millennium Towers, where the secretariat is expected to come up. In Amaravati, assembly and council buildings are already up, and hence no more construction is needed.

Politically, Jagan’s move seems to have rattled TDP leaders and supporters, who allegedly have real estate interests in Amaravati. The plan to have three capitals could be seen as either a move to weaken the TDP financially and erode its support base, or a ploy to get support from anti-Naidu forces in the party. TDP leaders from Rayalaseema, especially Kurnool, Visakhapatnam and adjoining districts, have been vocally supporting the new capitals.

Said a senior BJP leader from the Godavari region, on condition of anonymity: “The effect will be seen in the local body elections. The TDP’s and the BJP’s base will erode further in Vizag, north coastal Andhra and Rayalaseema as people whole-heartedly support the idea of capitals in their vicinity.”