Communal or anti-dictatorial? Understanding Faiz and the controversial 'Hum Dekhenge' 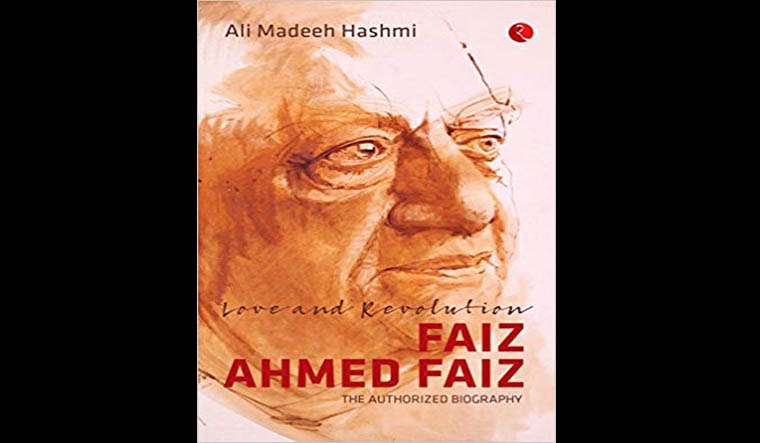 In the midst of an anti-CAA protest on December 20, an IIT-Kanpur student sang the poem 'Hum Dekhenge' by Faiz Ahmed Faiz, a bard of Pakistani origin. On Wednesday, a complaint was filed by Vashimant Sharma, a temporary faculty member, and about 16 others, including faculty members and students. The written complaint filed by them with the IIT director states that the poem had some wordings—including a running theme of iconoclasm—that could hurt the sentiments of Hindus.

IIT-Kanpur then formed a committee to inquire into the complaint. "A committee of six members was established, headed by me, to investigate the matter. Some students have been questioned, while the others will be questioned after they return to the institution after the holidays," the IIT deputy director said. The incident created a storm, with eminent personalities coming out in support of the revolutionary themes in the poem.

What is the poem all about?

Faiz Ahmed Faiz, born in Sialkot in Pakistan, was a communist revolutionary poet who spoke out against the most despotic rulers in the country, including General Zia-ul-Haq's brutal Islamist regime and General Yahya's human right violations in Bangladesh. In the era of Prime Minister Liaquat Ali Khan, he was imprisoned under charges for being a 'communist conspirator' from 1951-55 in what is now known as the Rawalpindi conspiracy case.

(When the gigantic hills of tyranny get blown away like cotton, the earth will shake under our (oppressed) feet)

(From the house of god, all idols of falsehood will be cast out; us, the faithful, will be placed on our high thrones)

(Only Allah's name will remain, both the vista and the viewer, and shouts of 'I am the truth' will resonate)

The poem is steeped in Islamic mythology, and refers to the time Prophet Muhammad enters the holy Kaaba. The latter lines sparked the reaction from the complainants; however, others argue the metaphorical aspect of the poem speaks of overthrowing false icons in a strictly anti-dictatorial sense.

Top poets and writers including Javed Akhtar, Rahat Indori and Vishal Bhardwaj on Thursday described attempts to paint 'Hum Dekhenge' as anti-Hindu and pro-Islam, a  "ridiculous" and "narrow-minded" attempt. "This poem was written against a fundamentalist called Zia-ul-Haq, a dictator. It is interesting that fundamentalists, all kinds of, don't like this poem," Akhtar told a news channel.

Explaining the context of the poem, which was written in 1979 to criticise the dictatorship and fundamentalism of former Pakistani general-turned president Zia-ul-Haq, the veteran poet-screenwriter said if Faiz's poem is anti-Hindu, then one would have to believe that Zia was secular, which does not make sense.

"It seems we are negotiating with people who have no sense of history, have no idea who this great poet was, who have no idea what poetry is, who don't know the language in which it was written, they don't know anything. This is written against a fundamentalist, regressive, almost Talibani mentality holding dictator. This poem was banned under his regime," Akhtar said.

Filmmaker-composer Vishal Bhardwaj, who had used Faiz's 'Gulon Mein Rang Bhare...' in his critically-acclaimed, Kashmir-set 2014 film Haider, said those interpreting it as pro-Muslim and anti-Hindu lack "emotional intelligence". "It sounds totally ridiculous. To understand poetry, you need to feel it first. You need a certain standard of emotional intelligence, which seems to be completely lacking in those who are interpreting it as pro-Muslim and anti-Hindu," Bhardwaj told PTI.

Faiz's daughter Saleema Hashmi, in an exclusive interview to PTI, said she found the whole controversy "funny" and hoped that ultimately her father's words will win over the hate. "Let's look at in another way, they may end up getting interested in Urdu poetry and its metaphors. Never underestimate the power of Faiz," Hashmi said. "I suppose poets and their words are claimed wherever and by whoever they are needed. They provide the words that people cannot find for themselves," she added.

Rahat Indori, whose nazm 'Sarhadon par bahut tanav hai kya" (There is lot of tension on the borders, find out if an election is nearby)  and 'kisi ke baap ka Hindustan thode hi hai' (Hindustan is no one's property), have also emerged as popular anti-Citizenship Amendment Act protest anthems, said calling Faiz anti or pro any religion is laughable. "People first need to understand who has written this poem before understanding what the poem means. He was a communist and had no connection with religion. He did not believe in any God, Ishwar or Allah.

"This poem was originally written against Zia, who was a fanatic and a military dictator. Faiz's poetry never died, it was alive even before this controversy erupted but then politics will ensure that he reaches to even those who have never heard about him," said Indori. The poet said he was also sad that people were giving religious colour to his poem even when he has written that everyone's blood is mixed in the soil of this country.

"How can you brand it or attach it to any religion," Indori asked.

Urdu poet Munawwar Rana called it a "strange tamasha" where everything in the country was being politicised. "It is a strange tamasha that politics has invaded into everything, what kind of meat you should eat or what kind of poetry you should read. "The situation has come to this point that poetry will now have to be approved by those sitting in power. The era in which this 'nazm' was written, Faiz's target was Zia-ul-haq, a Muslim fanatic and a dictator."

Article 15 co-writer and poet Gaurav Solanki took to social media to put things in perspective about how the phrase of 'Anal-Haq' in Hum Dekhenge is an equivalent of 'Aham Brahmasmi'.

"Can someone tell those calling Faiz's 'Hum Dekhenge' anti-Hindu and the IIT professor and the panel investigating it, that in the very same poem he talks about raising the slogan of 'Anal-Haq'. The word means 'I am truth', 'I'm God', which is the equivalent of 'Aham Brahmasmi' in Hindu culture, which talks about every person, every soul being God. Is there a bigger protest and spirituality than this?"

"You should be a little ashamed that the poem that you are calling anti-Hindu and accusing it of being Islamic is actually anti-Islam for Muslim fanatics, so much so that Sufi saint Mansoor-al-Hallaj, who first gave the slogan of 'Anal-Haq' was hanged," Solanki wrote in a Facebook post.

Sacred Games writer and lyricist Varun Grover mocked those behind the panel, saying they should do what even the then Pakistani government could not do, that is arrest Faiz.