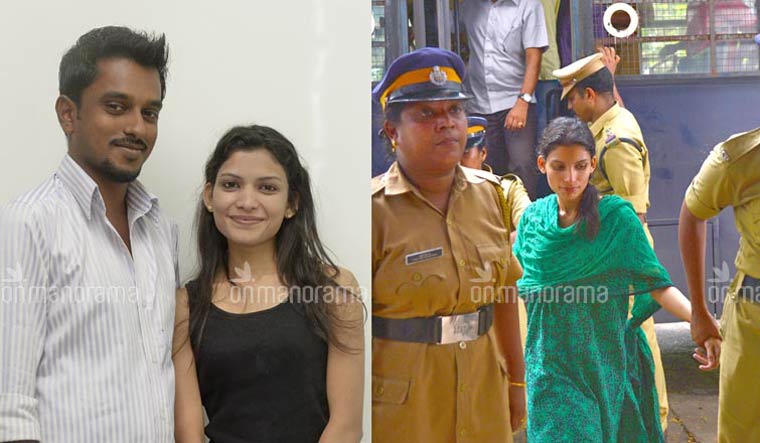 When the Crime Branch infiltrated an online prostitution racket trading in minor girls in 2015, the operation threw up findings that were considered shocking. Rahul Pasupalan and his partner Rashmi Nair were two of the arrested. Both were icons of the Kiss of Love protest in 2014, a cultural protest provoked by moral policing and intended as an insult to moral uptightness. Many believed that conservative elements in the police were getting back at Rahul and Rashmi for their bold stand.

Now, after four long years, the Crime Branch has filed a charge-sheet in the case. In 2015, the CB had claimed it had established the guilt of the accused. It had used decoys, two policemen dressed up as business clients, to trap the first accused Akbar with a minor girl. Decoys were also used to trap Rashmi and Rahul (accused five and six).

However, it was not clear whether Rashmi and Rahul were involved in the trafficking of minor girls, or whether they had any idea such a trade in minor girls was going on. At the most, the charge was that they had openly advertised sexual services. Rashmi and Rahul had accused the CB of a witch-hunt.

The CB chargesheet now says there is enough material in the decoded call records of the first eight accused to show that all had knowledge of the age of girls involved in the trade.

Crime Branch IG S. Sreejith said “complexity of technology” had caused the delay in filing the charg-sheet. He said the mountain of digital evidence―call detail records and WhatsApp material―the CB sleuths had seized during the probe was virtually impossible to decode.

“These guys had used advanced encryption technology that we found hard to crack. Soon it was clear the Forensic Science Laboratory (FSL) could not do the job,” Sreejith told Onmanorama. “We had to employ higher tools and professionals on a payment,” he said. Centre for Development of Advanced Computing (CDAC) was thus given the task. According to Sreejith, the cost CDAC asked was also huge: Rs 2.19 lakh.

“The Finance Department had its share of troubles. The department wanted to know why we had opted for CDAC when we already had FSL. We had to do a lot of convincing for finance to finally yield,” Sreejith said.

According to the Crime Branch IG, most of the digital evidence, which included phone call details, WhatsApp audio and videos, were locked using state-of-the-art innovative encryption methods. “Now that the locks are off, we have evidence to show that most of these accused, including Rahul and Rashmi, had indulged in sex trade. They have uploaded sexually explicit content on the web and had openly made sex offers,” Sreejith said.

The CB IG said cracking into the online conversations of adults was not an infringement into the privacy of individuals. “As per law, transmitting sexually explicit material on the internet is an offence, even if the content is shared between consenting adults,” Sreejith said.

The number given on these classifieds had led the CB to the first and second accused: Abdul Qadir alias Akbar and Mubeena.