At Sengar's village, the overriding opinion is that he has been punished unfairly 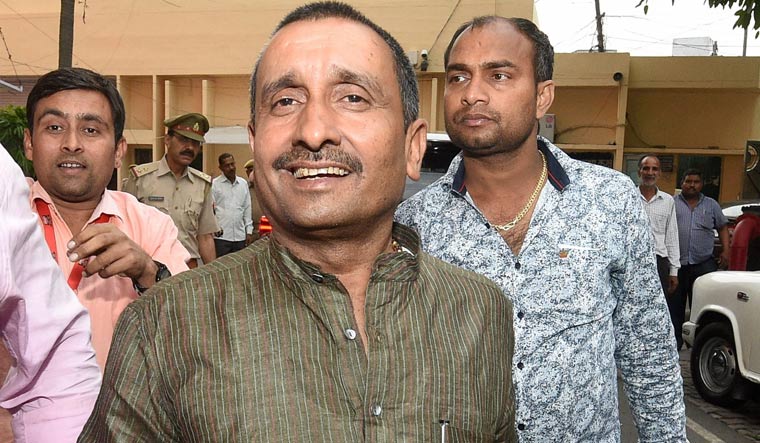 As a court in Delhi sentenced expelled BJP MLA Kuldeep Singh Sengar to life imprisonment and imposed a fine of Rs 25 lakh, his family is preparing to appeal against the sentence.

Speaking exclusively to THE WEEK, Sengar's daughter Aishwarya said, "I know that my father is innocent. All defence evidences and witnesses have been overlooked. Despite his CDR (call detail records) clearly showing that he was not present in Makhi at the alleged time of the incident and the IO (investigating officer) accepting the fact that he was 15km away, despite the victim’s CDR showing she was on call with someone at the time of the alleged incident, despite the medical opinion of AIIMS stating she was 18 plus at the time of the alleged incident in 2017, despite their political motive been clearly established, the mob has won and justice has lost. This is not the end though, we will fight this in the higher court."

At Sengar's village in Makhi, the overriding opinion is that he has been punished unfairly over what was a clash of political ambitions between the survivor and Sengar's family. There is also the belief that different standards of justice were applied to Shashi Singh (the woman accused of taking the survivor to Sengar) and the MLA.

Ajendra Awasthi, an Unnao based advocate who has handled the case since the beginning, however, explains that Singh's own statement was in concurrence with what the survivor had said. "The survivor had said that she had approached Singh for a job who subsequently took her to Sengar. She was never privy to what happened thereafter. As an accomplice, she would have been punished for three years and she has already spent 20 months in jail. It is a fair judgement", Awasthi told THE WEEK.

A second case of the survivor being kidnapped, raped and sold is still to be tried by the court. In that Singh's son is an accused. Hearing in that case is likely to commence in the second week of January.

Vimal Kumar Yadav, the junior of Mahendra Singh, the survivor's lawyer who was with her when the car he was driving met with an accident (leaving two of her aunts dead), said his senior is still in no state to speak but his dedication and determination have ensured justice.

"Mahesh Singh (the survivor's uncle) is a relieved man. He told me he doesn't care now if he ever gets bail in his own case as his purpose has been achieved". Singh is currently serving a 10 year sentence in a separate case.