Where is Nithyananda? MEA says 'difficult to speculate' 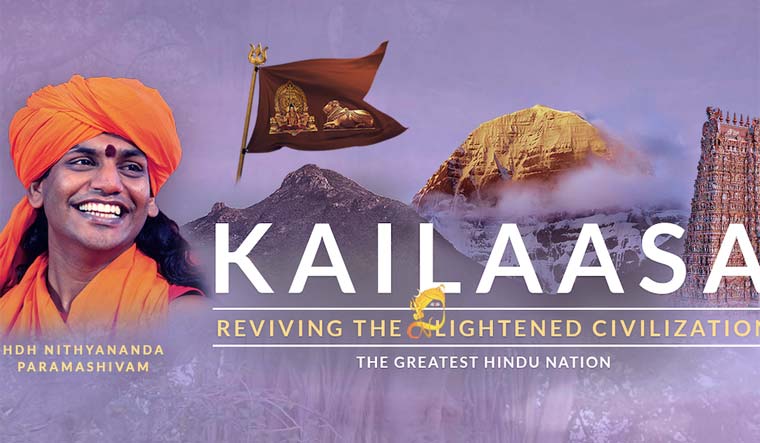 Even as the Ecuador Embassy in India has issued a statement that controversial self-styled godman Nithyananda was not given asylum or help in purchasing land anywhere in South America, the Ministry of External Affairs said on Friday that it had no information on where he was.

"It is difficult to speculate on his location. We have not received any report. We can act only if we receive a report," said MEA spokesperson Raveesh Kumar.

Kumar said Nithyananda was issued a passport in October 2008, with a ten-year validity, but the passport was revoked before the date of expiry. Nithyananda had applied for a fresh passport, but his request was denied as he had an adverse police report.

Kumar said the ministry has sensitised all its missions and posts on the issue of Nithyananda and requested them to speak to their host countries and explain the matter.

Nithyananda, who has a huge follower base in South India, has been charge-sheeted in a rape case and is facing charges of illegal confinement of children. He has been absconding, but earlier this week he announced through an internet channel that he had founded a new 'Hindu nation' on a Caribbean island, which he named 'Kailaasa'.

He has set up a website in the same name which gives details about the 'nation', such as its emblem and flag.

Earlier, the Ecuadorian government said the country had denied Nithyananda's request for asylum, and he presumably left the country for Haiti.

"The Embassy of Ecuador categorically denies the statement, wherever published, that self styled Guru Nithyananda was given asylum by Ecuador or has been helped by the government of Ecuador in purchasing any land or island in South America near or far from Ecuador," it said in a statement.